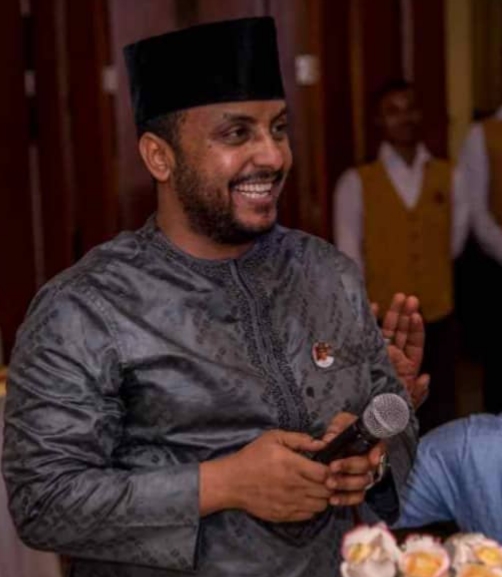 I cannot remember who once said that if you try to deny the truth, it does not change the facts. This is where we are in Nigeria today, with the significant achievements of President Muhammadu Buhari’s administration.

In the first part of this series, we examined infrastructure — highlighting why the greatness of the Buhari presidency is hinged on the sustainable impact of many of its policies, programs, and projects. In this part, we will be discussing how and why President Buhari’s economic, investment, agricultural, and social investment programs are unparalleled in the history of our nation.

First of all, to give us an insight into some of the notable achievements of Buhari’s administration, during his first term as a democratically-elected President, in 2017 alone, Nigeria’s agricultural exports grew by an outstanding 180.7% above its 2016 value.

Similarly, the Anchor Borrowers Programme (ABP) of the Central Bank of Nigeria, to encourage farming across Nigeria, has made available N82 billion in funding to 350,000 farmers of rice, wheat, maize, cotton, cassava, poultry, soybeans, and groundnut. So far, these farmers have helped to cultivate over 400,000 hectares of land — leading Nigeria to become more self-sufficient when it comes to the provision of basic food items.

It is important to also point out that the ABP has substantially raised the local production of rice in the country. As it currently stands, yields have doubled from 2-3 tonnes per hectare while Nigeria’s paddy production has doubled compared to its 2014 levels.

Between 2016 and 2018, eight new rice mills have come on-stream in Nigeria, a situation that has increased the country’s milled rice production by about 60 percent, from 2.5 million metric tonnes in 2015, to 4 million metric tonnes in 2017. There is also more than a billion dollars private sector investments in the production of rice, wheat, sugar, poultry and animal feed, since 2015 — this shows that many more Nigerians have returned to the farm and reaping significant rewards.

Additionally, there is also the Livelihood Improvement Family Enterprises (LIFE) programme which was initiated by the Buhari administration. This program, which is aimed at bringing life back to rural communities through the empowerment of youth, women and other vulnerable groups across the country, is geared towards promoting community-based on-farm and off-farm business activities as a model for job and wealth creation amongst unemployed youth and women in rural and suburban households. As the programme continues to grow, it is expected to establish over 150,000 cooperatives nationwide under commodity value chain groups.

The Buhari administration has made provision of agricultural credit for financing the production of rice, wheat, ginger, maize and soybeans in Kebbi, Niger, Kaduna, Kano, Enugu, Benue, Zamfara, Anambra and Kwara States.

Still, in a bid to aid the growth of the agricultural sector, fourteen moribund Fertilizer Blending Plants have been revitalised so far under the Presidential Fertilizer Initiative (PFI); with a total capacity of 2.3 million metric tonnes of NPK fertilizer.

The Presidential Fertilizer Initiative (which involves a partnership with the Government of Morocco, for the supply of phosphate), has thus far resulted in the revitalization of 14 blending plants across the country, with a total installed capacity over 2 million metric tonnes. The benefits include Annual savings of US$200 million in foreign exchange, and N60 billion annually in budgetary provisions for fertilizer subsidies. The Scheme has also made it possible for farmers to purchase fertilizer at prices up to 30 percent cheaper than previously available.

Shifting to the economy, the Buhari administration has made concerted efforts in resuscitating the economy which was worst hit by the 2016 – 2017 recession. The inflation rate has fallen from about 17% to the current 11.61%. Nigeria’s External Reserves have risen from $29 billion in May 2015 to $42 billion in 2019.

Tax Revenue increased to N1.17 Trillion in Q1 2018, a 51% increase on the Q1 2017 figure, following the addition of six million new taxpayers to the tax base in an effort by the Buhari administration to diversify government revenues.

Solid Minerals’ contribution to the Federation Account outstandingly rose from N700 million in 2015 to N3.5 billion in 2017.

Moreover, US$1.7 billion has been saved by the Buhari government following negotiations to reduce the US$6.8 billion accumulated in NNPC/IOC Joint Venture Cash Call arrears to US$5.1 billion. While for Nigeria’s non-oil export earnings, for the first time in Nigeria’s history, it reached a record high of 577 billion naira between January and March 2018.

Similarly, under the Buhari administration, the Nigerian Sovereign Investment Authority (NSIA) has seen fresh inflows of US$1.15 billion since 2016, and more than N300 billion in private sector investments in the rice value chain since 2015.

Nigeria has moved 24 places upwards in World Bank’s Ease of Doing Business rankings since 2018, earning a place on the list of top ten reforming economies in the world. Nigeria has similarly moved 22 points upwards in the Global Competitiveness index. Of course, the Buhari-led Federal Government has made investments in modular refineries, to ease the fuel situation in the country.

The Bank of Industry under this government has disbursed more than N160 billion in loans since 2016, just as the Nigerian Stock Market ended 2017 as one of the best- performing in the world, with returns over 40 percent.

An average of US$1 billion is recorded as weekly turnover through the new FX Window introduced by the CBN headed by Godwin Emefiele in April 2017. This attracted about US$25 billion in inflows in its first year, and a total turnover of $47.14 billion – indicating rising investor confidence in Nigeria.

President Buhari on November 4, 2019, assented to the Bill amending the Deep Offshore (and Inland Basin Production Sharing Contract) Act, which is projected to generate an est. $500 million in additional revenues for the Federal Government in 2020, and over $1 billion from 2021.

Above all else, the Buhari government has proven to be pro-masses with the incredible success recorded with its celebrated Social Investment Programme (SIP), which has been praised as the largest and most ambitious program in the country’s history, with a clear focus on the most vulnerable of our population.

Notable for its aim of investing in people, the four components of the Social Investment Programme, have yielded tremendous successes. For example, the Home Grown School Feeding Programme (HGSFP), has witnessed massive enrolment in primary schools in participating states as over nine million pupils are being fed at schools with one nutritious meal per day. The Buhari-led Federal Government has so far paid out over N66 billion to the 26 states currently enrolled in the scheme.

With over 500,000 Nigerian graduates, selected from 36 states, and being paid a monthly stipend of N30,000 to work in various sectors like education, health, agriculture, construction, etc, the N-Power scheme is undoubtedly the largest post-tertiary employment programme in Africa. This has also — to a large extent — reduced youth unemployment as many young people who take part in the program have been reported to go into self-employment immediately after, using the monies they saved up from the program.

Through the GEEP programme which consists of the FarmerMoni, MarketMoni and TraderMoni schemes, the Buhari government has disbursed N26.4 billion in interest-free loans, to over 1 million market women, traders, artisans and farmers across the 36 states of the federation and the FCT.

As the Buhari administration works to improve Nigeria’s business climate, in line with the Economic Recovery and Growth Plan, and the Nigerian Industrial Revolution Plan (NIRP), which is hinged on the growth and support of MSMEs; and accelerating further investments in Nigeria, the Federal Government has also launched a series of key initiatives that are aimed at increasing the production of priority products to meet local demand and improve our exports.

These initiatives include the Sugar Backward Integration Program; the National Automotive Industry Development Plan; and a focus on priority production and manufacturing in areas like cotton and textiles; cassava; dairy; oil palm; leather and leather products; and construction.

These initiatives have also been backed up by the provision of access to credit for 10million MSMEs at single-digit rates; and the facilitation of tax and regulatory incentives for these MSMEs.

To encourage foreign direct investment for pioneer companies — those producing for exports, establishing new industries or expanding production — in areas that a crucial to the growth of the Nigerian economy, the Buhari administration is giving investors some significant tax holidays. While for non-pioneer investors, several non-tax investments currently exist. For example, in the agricultural sector, Nigeria currently operates a five-year tax holiday for agro-industrial ventures, an agricultural credit scheme guaranteed by the Central Bank, subsidies for fertilisers and limited import duties on raw materials required to make livestock feed.

Moving forward, as Nigerians continue to experience President Buhari’s economic, social investment and investment policies, it is clear that in the coming years, history will point back to this period as being a significant turning point in the history of our nation.

Alwan Hassan is a NewsWireNGR Contributor. He is is a public policy professional and social commentator who serves as the CEO of Greycube Dynamics and Alsad Integrated Resources. Alwan is a politician and works in developing and sustaining strategic partnerships between governments and internal and external non-governmental organisations.