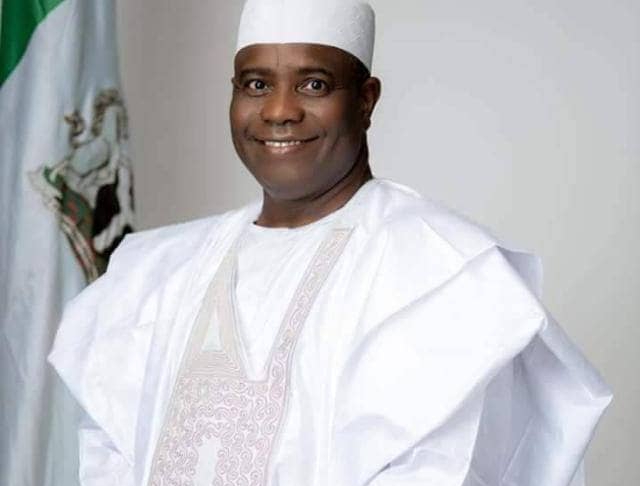 The Governor of Sokoto State, Mr Aminu Tambuwal, says building national unity, inclusive and fair approach to governance is a sure guarantee for democratic stability in Nigeria.

Tambuwal stated this in his address at an international conference on ‘20 Years of Democracy in Nigeria: 1999-2019’ at Oxford University, UK .

The governor said that Nigeria’s fault lines and cleavages would be better managed where there was a sense of belonging by all groups within the nation.

“To do so, we need to learn from our past, be bold enough to see and accept where we have gotten it wrong.

“We must understand the need to pull together our best minds in a bid to build a lasting, fair, functional, truly representative and flexible institutions that work for all Nigerians,” he said.

Tambuwal also stressed the need for Nigeria to build strong institutions rather than individuals.

“Institutions, not individual protect collective interest and grow the Commonwealth in a fair, legal and lasting way.

“The lack of institutions that one can truly trust and full depends on perhaps is the biggest flaw of our 20 years of democracy,” he said.

To consolidate on the country’s democracy, Tambuwal said that a new Electoral Act which entrenches a foolproof electronic voting system and reduce the interference of security agencies in elections was urgent.

He also called for judiciary reform that enhanced the independence of the arm of government was key to the Nigeria democracy.

“Thirdly, the appointment of heads of security agencies, especially the police should be made subject to the legislative approval.

“The zero sum nature of Nigeria’s politics needs to be revisited in such a way that the winner takes all system is changed for a more inclusive system to eliminate estreme desperation to win elections,” he said.

Tambuwal said that looking back over the past two decades, Nigeria’s democracy was yet reached its potential.

He advised elected leaders to act for the benefit of all, not only by listening but also demonstrated that they were listening.

“As a Nigeria reflected on its 20 years of democracy, leaders must refocus their attention to the electorate,” he said.

The governor stressed the need to make as priority, the education and health sectors of the country in the development of her democracy.

He said that Nigeria needed leaders who understood that the greatest assets were children and the best way to nurture them was by given them quality education.

He said: “I believe that the burden of leadership must be share among those who understand that every ward in Nigeria should have a full-fledge functional secondary school.

He said that country needed to build health institutions and facilities that were near the people, affordable as well capable of preventing and curing sickness.

To win the issue of insecurity, Tambuwal stressed the need to focus on prevention through education, intelligent gathering as well as building a superior security force that could intercept, foil plans and actions aimed at bringing harm to citizens.