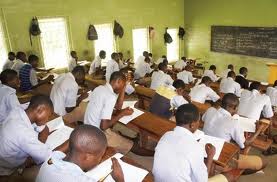 The West African Examinations Council (WAEC) has released a list of candidates whose certificates it had impounded over the candidates’ involvement in malpractices during examinations held in December 1992 and 1993.

The council released the examination years and certificate numbers of the affected candidates but did not publish their names. It said they were involved in impersonation.

However, the Joint Admissions Matriculations Board (JAMB), in its weekly bulletin on Monday, published the names of the indicted WAEC candidates.

Demianus Ojijeogu, WAEC Spokesperson said the certificates of the affected candidates were impounded at the Zonal/Branch offices of WAEC at the point of issuance.

He said the candidates made confessional statements to the effect that they were impersonated in the various examinations indicated against them.

”The certificates were returned by the WAEC offices concerned to our Post Examinations Department (PED) for presentation to the Nigeria Examinations Committee (NEC) for cancellation, ” Mr. Ojijeogu said

He said NEC is the highest decisionmaking organ of WAEC on examination-related matters. ”NEC met on November 5-7, 2019 and canceled the results,” he said.

As with WAEC, JAMB has also been taking steps to protect the integrity of its examinations and penalize cheating.
Recently, the board published 19 examinations for restitution. Although the board did not publish their names, it published the examination numbers, certificate numbers and the year.

JAMB said in order to avoid such impersonation during its Unified Tertiary Matriculation Examination, it was partnering the National Identity Management Commission to enforce candidates’ registration for the national identity number.

The board said, “In view of the cases listed JAMB’s partnership with NIMC is imperative. In order to have a seamless registration for the 2020 UTME, we have put machinery in place to test run the new registration regime under the joint platform of JAMB and NIMC using the NIN.

The Registrar of the board, Ishaq Oloyede, in the bulletin also directed members of staff in its offices nationwide to participate in the trial registration which started on Friday, November 29, and was to end Tuesday, December 3.

According to him, no fewer than 1,800 members of staff would be involved in the trial registration designed to assess the workability of the new registration regime.

The Nation in September reported how JAMB called on prospective candidates for its 2020 UTME to acquire the National Identification Number (NIN).

The board said the aim was to ensure the biometric and other necessary details of a candidate were captured, to check examination malpractice.

However, the House of Representatives asked JAMB to suspend its “no NIN, no JAMB” policy until 2021.

“We need to deal with the issue”, – National Security Adviser says Almajiri remains a threat to Nigeria