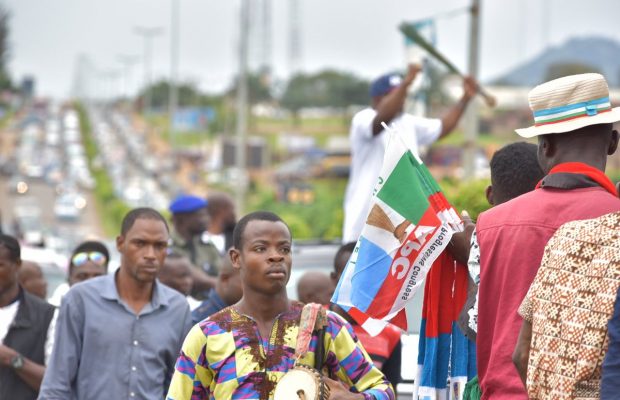 The Ohanaeze Ndigbo Youth Council has disowned the move by a member of the All Progressives Congress in Ebonyi State, Charles Enya, who is seeking an amendment of the Constitution to allow President Muhammadu Buhari get another term in office.

The youth wing of the pan Igbo group, in collaboration with its parent body Ohanaeze Ndigbo, commended President Buhari for outrightly denouncing the third term agenda.

A member of the All Progressives Congress (APC) in Ebonyi state, Hon. Charles Oko Enya, had beseeched a Federal High Court in Abakiliki, Ebonyi state, to direct the National Assembly and the Attorney-General of the Federation and minister of Justice, Abubakar Malami, to remove constitutional clauses hindering elected President and state governors from seeking a third term in office.

But, in a statement on Friday by the President-General of the Ohanaeze Ndigbo Youth Council, Okechukwu Isiguzoro, the group said the move was unconstitutional and parochial.

He said, “We dismiss the report credited to Charles Enya, an Igbo APC chieftain, seeking for the third term for the President and governors through constitutional amendment as idiotic, unconstitutional and parochial. As Igbos, we disown such immature moves as un-Igbo and huge joke.

“As it stands now with support from Middle belt youths and Niger Delta youths leaders championing the zoning of the presidency to South-East in 2023, the coast is clear for any Igbo to succeed President Muhammadu Buhari.”

He said that the youth wing of the pan Igbo group was in support of politicians in the region defecting to the ruling APC to achieve the 2023 aspiration.

“We still insist that Igbo politicians should massively defect to the APC to have a political balance in Igbo land, APC holds the key for the future of the Igbo people in 2023. We urge the governors of the old eastern region to see the handwriting on the wall and collapse PDP in the region.

“For President Muhammadu Buhari to reject the third term bid openly demonstrates that power is coming to the South, and we believe that at the appropriate time he will support an Igbo presidency project as a democrat,” he added.

President Buhari has also denied reports that he is planning to seek a third term, though he acknowledged theres been pressure for him to stay for another term in office.

The president disclosed this on Friday, November 22, at a meeting of the National Executive Committee (NEC) of the All Progressives Congress (APC) in Abuja.