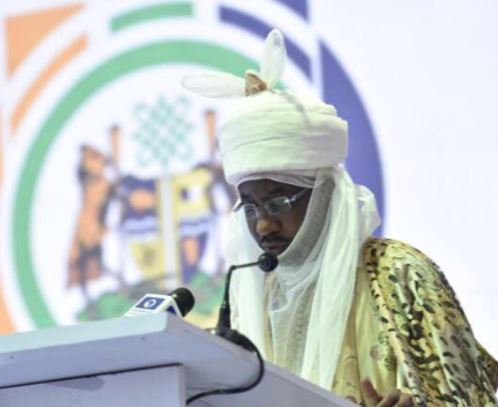 The Emir of Kano, Muhammadu Sanusi II, Saturday broke his silence on the Kano children, who were abducted and taken to Anambra State.

The Kano state police command had rescued nine children reportedly abducted in Kano state and trafficked to Anambra state. The children aged between two and 10 years were kidnapped from various locations within Kano state and taken to Anambra. Ahmed Iliyasu who is the commissioner of police in the state said eight persons have been arrested in connection to the kidnapping.

The emir who spoke at a public awareness campaign in reaction to the incident, said when the news broke, he contacted his Onitsha counterpart, the Obi of Onitsha and that they were following the case and making progress.

“But before we blame any tribe for abducting our children, we must ask ourselves whether these abductors are going into our houses to kidnap our children. If you think it is not our negligence, go to Onitsha and attempt to kidnap their children and see if they are that careless. We must change our ways of thinking and stop blaming others for the social problems of our society.

“I am not saying the kidnappers are not guilty of their offences, before I would be misunderstood and misquoted, but what I am saying is that parents must be alive to their responsibility of children upbringing,” he said.

He also stressed the importance of girl-child education and  women involvement in politics, saying most of the problems bedevilling the society had to do with women and ‘‘without them in positions of authority, there would be no proper solutions to such problems’’.

On drug abuse, the emir said for the country to be rid of the menace, the society must do its part as most of the young people who engage in drug abuse were victims of circumstance that deserved the sympathy of the society rather than being treated with contempt as criminals.

“A dangerous time to be a journalist” in Nigeria, Under Buhari’s Watch