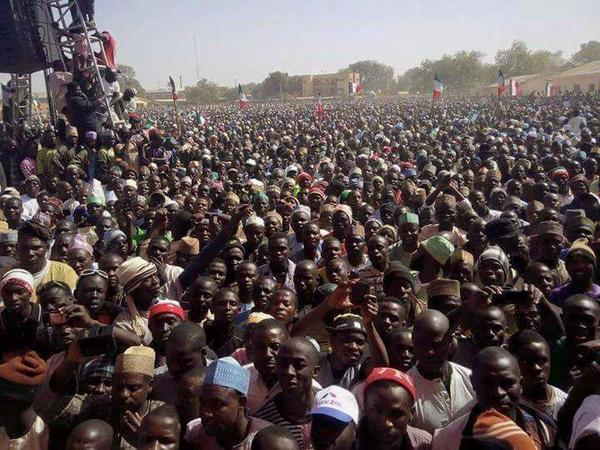 Nigeria overtook India as having the largest number of people living in extreme poverty — 87 million — according to the Washington-based Brookings Institution.

The African Development Bank on Monday said the unemployment situation in Nigeria was ‘frightening’ and could become ‘catastrophic’ if decent jobs are not created for the country’s youth population.

The AfDB made the observation at the regional presentation of a report entitled, ‘Creating decent jobs: Strategies, policies and instruments’, at its office in Abuja.

Mr Cheta Nwanze, the Lead Partner at SBM Intelligence and heads the research desk told NewsWireNGR that “Nigeria’s unemployment crisis is a disaster that is already happening in real time”.

It is not only the unemployment numbers that is growing, Nigeria has the largest population in Africa, and it is growing at 3.2% a year. The U.S. Census Bureau says that at that rate, there will be an estimated 402 million people in Nigeria in 2050.

Nwanze added that “the country is not growing at a quick enough pace to begin to put a dent in unemployment, and this has social consequences. – Unfortunately, the government’s policies are contributing, bigly, to the situation as its policies are stifling growth and dampening investor confidence”.

While the population of Nigeria is growing at a rate of 3.75%/year indicating a doubling of the population every 22 years – the economy of Nigeria grew 1.8 percent year-on-year in the third quarter of 2018, the government needs to diversify its economy to bolster revenue in order to unlock private credit and improve corporate performance.

Senior Director, Nigeria Country Department, AfDB, Mr. Ebrima Faal, in an address at the event, stressed that Africa is currently facing a jobs ‘crisis’, with The African Economic Outlook estimating that 20 million new jobs need to be created annually until 2030 to absorb new entrants in the workforce.

Faal, noted that the situation in Nigeria was much more frightening due to the country’s population.

He said, “The situation for Nigeria is much more frightening.

“As the most populous country in Africa, The World Population Review estimates that Nigeria’s population is expected to double – from about 200 million todays to 401.3 million people by 2050.

“This will make Nigeria the third most populous country in the world after China and India, overtaking the United States.

“As China’s population shrinks and India plateaus, that of Nigeria will reach nearly triple from current levels by 2100.

“Nigeria has the highest number of youth on the continent, which represents almost one-third of its total population. (One out of three African Youths).

“In addition, the youth population in Nigeria has tripled over the past 40 years.

“If this trend is maintained, the youth population in Nigeria will exceed 130 million by 2063 and will need decent jobs to forestall a catastrophe beyond the magnitude we are currently experiencing,” the AfDB official said.