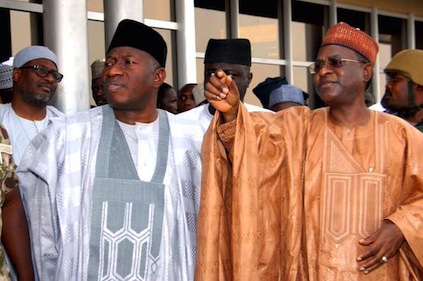 Barau explained that the former Governor joined the APC in order to continue to contribute to the development of the state.

Salisu Barau added that the former Governor moved to the APC along with all his supporters across the country under the aegis of Yuguda Alheri, a political pressure group.

He pointed out that as at Thursday when the official announcement of the defection was made over 500,000 people have registered their support for the development assuring that the target is to have over one million voters on the register.

He, however, explained that Isa Yuguda did not leave the GPN due to any indifference but out of his volition and after due consultation with all his supporters across the country adding that some of his supporters and former aides remain in other political parties.

Salisu Barau explained further that, “immediately he left office in 2015, Isa Yuguda announced his decision to leave the PDP, he set up different committees for consultations after which the decision was arrived for him to join the GPN and even went ahead to contest under the party. When it was yet another time for him to leave, he consulted us and we decided to join the APC”.

While reacting to the insinuations that Isa Yuguda was instrumental to the emergence of the present Governor, Mohammed Abdullahi Abubakar in 2015, the spokesperson declared that “there is no truth in that insinuations. How can Isa Yuguda who was in the PDP then and had a candidate whom he supported be instrumental to the emergence of another person as the candidate in another party?

Salisu Barau said that Isa Yuguda is not in the APC to cause any confusion but rather to act as an elder who will be instrumental to good governance, peaceful coexistence and delivery of dividends of democracy to the people of the state.

He then assured that the former Governor will be instrumental to the victory of the APC at all levels in the 2019 general elections as a loyal politician of repute calling on all the supporters of the former Governor to remain loyal and committed to the APC and avoid confrontation with anyone.

What Concerns Will Sway Voters? Which Regions Will Decide Nigeria’s Next President?