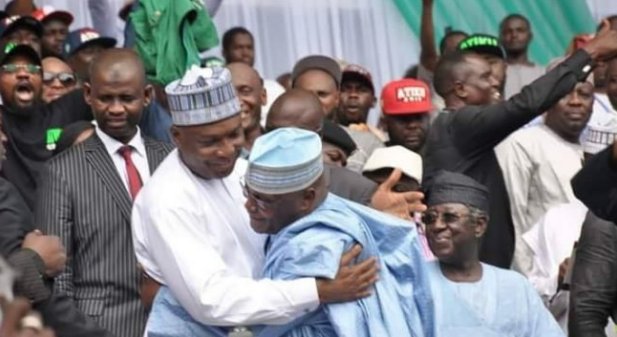 Mr Saraki’s official position as the director-general of the Atiku Abubakar Presidential Campaign Organisation was disclosed on Tuesday by Kola Ologbondiyan, the party’s spokesperson.

The former Vice President, Abubakar was elected the presidential candidate of the main opposition party at its national convention in Port Harcourt earlier this month.

Saraki was amongst the 11 other aspirants who challenged Mr Abubakar for the ticket. All the aspirants have pledged support to Mr Abubakar, after deeming the exercise peaceful and transparent.

The senate president would work with six others who would coordinate the six geopolitical zones, including three other former contenders for the presidential ticket.

Messrs Turaki, Dankwambo and Tambuwal all unsuccessfully vied for the presidential ticket against Mr Atiku.

Other key appointments into the campaign structure would be disclosed soon, Mr Ologbondiyan said.