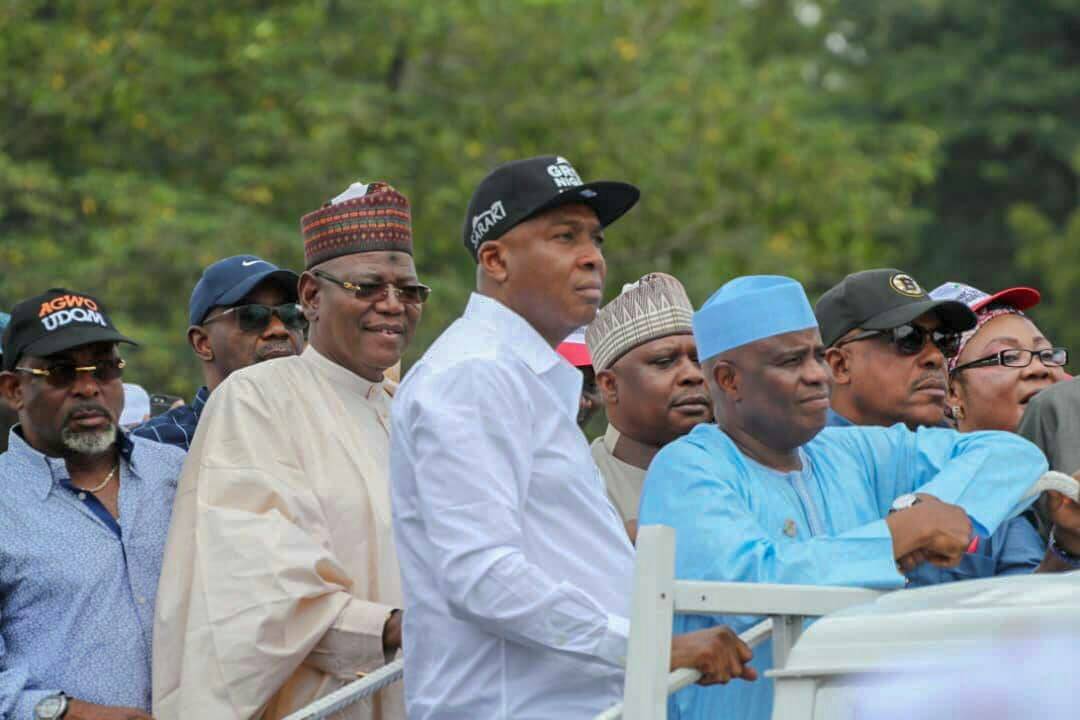 Saraki, Melaye, Uche Secondus, national chairman of the Peoples Democratic Party (PDP), and other leaders of the party stage a protest to the headquarters of INEC in Abuja over the outcome of Osun poll.

The protesters also marched to the force headquarters.

In a statement on Friday, Jimoh Moshood, police spokesman, said Ibrahim Idris, inspector-general of police (IGP), had ordered an investigation on the alleged attack of police officers by the protesters.

“The inspector-general of police has directed immediate investigation into this unprovoked and unwarranted attack on the personnel of the Nigeria Police Force and the force headquarters premises which is against the law and condemnable,” the statement read.

“The force will do everything within the law to bring all perpetrators of this crime to justice, no matter how highly placed.

“Consequently, Senator Bukola Saraki, Senator Dino Melaye and Senator Ben Bruce who were captured on camera to have been involved in the disturbance of public peace and public safety, unlawful blockade of Shehu Shagari way for several hours preventing motorists, road users and other members of the public from having access and passage on the highway thereby disturbing public peace and public safety and causing innocent people to scamper for safety and violent attack on policemen posted to ensure security of the force headquarters, pushing and hitting the policemen to forcefully enter the force headquarters to cause damage to police equipment and government properties are hereby invited to report themselves to the IGP Monitoring Unit at the force headquarters on Monday, 8th October, 2018 for investigation.

“Members of the public in the FCT are implored to remain calm as the situation is under control. Further development will be communicated to the public soon.”

Women Trafficked From Nigeria, Forced Into Prostitution In Paris