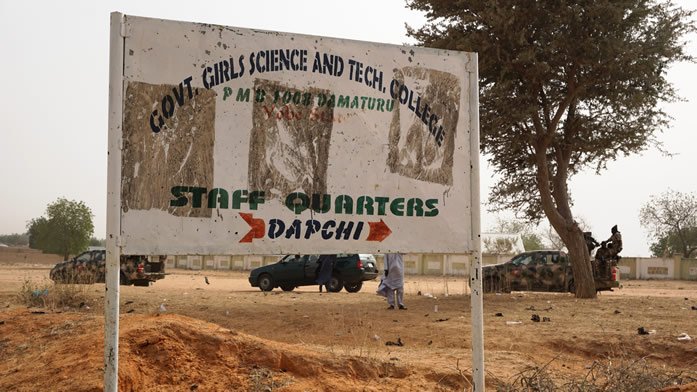 A father of one of the yet to be released Dapchi schoolgirls has alleged that his daughter was not released because she is a Christian. The school girl is said to be the only christian amongst those abducted by the dreaded terrorist group.

Sheribu Nata, told Raypower radio station by phone that Leah, his daughter was not released by Boko Haram terrorists because she refused to abandon her Christian faith for Islam.

“I spoke with about five to six of them whose daughters have been released. They are presently with their daughters in Dapchi. They were dropped by the Boko Haram people in Dapchi town this morning. I am happy because my daughter did not denounce her faith,” said Sheribu.

But the Federal Government said Wednesday morning that only 76 of the 110 abducted girls have been confirmed released so far, while the process of securing the freedom of the others is still on.

“Boko Haram Issue Has Been Politicized” – Veteran Journalist, Niyi Babade Talks About the War On Terrorism In Nigeria