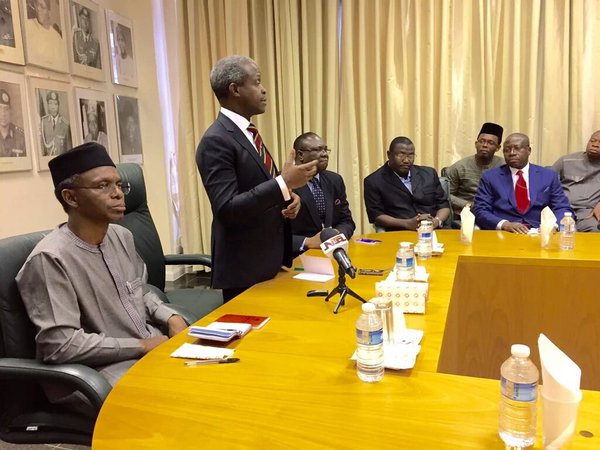 Nigeria is set to be expelled from the Egmont group by next month. This is on the agenda of the Egmont Working Group and Heads of FIU Meeting and this decision might be reached according to our sources between the 2nd and 7th of March, 2018 in Buenos Aires, Argentina.

The Egmont group, which is a global network of 152 Financial Intelligence Units (FIUs) had earlier suspended Nigeria in July 2017 following the consensus by the members of the group following the 24th plenary of the group in Macao, SAR.

If expelled, Nigeria will suffer a blacklist in the global finance sector and Nigerian Banks will be unable to issue Mastercard and Visa credit/debit cards while card transactions with Nigerian originated cards will be blocked meaning Nigerians cannot do foreign transactions.

This is one of the many other consequences of such decision which is largely due to the fact that the Nigerian FIU has operated under the control of the Economic and Financial Crimes Commission with high level of interference and meddling by the EFCC under the leadership of Ibrahim Magu, an illegal appointee who has continued to receive the backing of Vice President Yemi Osinbajo. This is against Recommendation 29 of the FATF standards that stipulates that the FIU must remain independent and devoid of any form of interference.

In Macao, the Egmont group specifically pointed out that the Magu led EFCC had continued to leak sensitive information to the media and the agency has continued to blackmail individuals using highly confidential financial intelligence available to it. The FIU in its statement announcing the consensus decision to suspend NFIU membership status said:

“The Heads of FIU made a decision, by consensus, to suspend the membership status of the NFIU, Nigeria, following repeated failures on the part of the FIU to address concerns regarding the protection of confidential information, specifically related to the status of suspicious transaction report (STR) details and information derived from international exchanges, as well as concerns on the legal basis and clarity of the NFIU’s independence from the Economic and Financial Crimes Commission (EFCC). The measure will remain in force until immediate corrective actions are implemented.”

In reaction to this decision by the Egmont group, Vice President Osinbajo constituted an ad-hoc committee to reposition the NFIU and restore Nigeria’s membership of the NFIU. This was contained in a 31st of Julymemo (SH/OVP/DCOS/NFIU/) addressed to Mr. Chukwuka Utazi, Chairman, Senate Committee on Anti-Corruption and Financial Crimes but since then no progress has been made while his body language suggests a support for the Magu led EFCC position echoed by Francis Usani, head of the NFIU who contradicts the global body with his insistence that the NFIU is operationally autonomous.

According to the EFCC Secretary, Emmanuel Aremo, the EFCC is best equipped to protect the NFIU from being endangered by politicians. The groups maintained a stance that supports the NFIU autonomy within the EFCC rather than an independent body outside of it. This position seems to be at home with the House of Representatives which has put forward a bill that seeks to amend the Economic and Financial Crimes (Amendment) Act and the Money Laundering (Prohibition & Prevention) Act.

But the Senate is opposed to it, a bill seeking the establishment of the NFI Agency has passed at the Senate which is also at war with the Ibrahim Magu led EFCC. The Senate had explained that its decision to embark on the decoupling option (removing the NFIU from the EFCC) was due to the meddlesomeness of the acting EFCC chairman in spite of the autonomy that the FIU should be granted. The Senate’s position is backed by the Nigeria Law Reform Commission (NLRC), which argued that NFIU should be independent and an autonomous body separated from EFCC.

Nigeria struggled to join the Egmont group as a member after many years in 2007, one of former President Obasanjo’s achievements. Before then, Nigerian banks were blacklisted in international finance and were unable to engage in correspondent banking.

Nigeria’s administrative type FIU makes it inappropriate to be under the control of a law enforcement agency such as the EFCC.

“Of all the 14 countries in West Africa with an FIU, Nigeria is the only jurisdiction that currently domiciles its FIU in a law enforcement agency, EFCC, even when it is registered as an administrative-type FIU. This is a misnomer. Ten of the West African countries have their FIUs domiciled in their respective ministries of finance, while two others have theirs domiciled in central banks, and one in ministry of justice,” Walter Duru, an analyst versed in the subject matter said, expressing support for the creation of an independent NFIU.

Nigeria has invested years and lots of resources into attaining membership of the Financial Action Task Force (FATF) and the expulsion of Nigeria will put the country’s aspiration in jeopardy. It would also place Nigerian transactions on extreme scrutiny and may affect the standing of Nigeria amongst the global community. Students may be affected as the expulsion might attract “the withdrawal by certain countries of scholarships to students of Nigerian origin”, Senator Utazi the sponsor of the autonomous NFIU bill said.

According to one of our sources familiar with the internal workings of Egmont group, the world is impatient with Nigeria and the breach of trust by the EFCC. Our source said:

“For over 20 years Nigeria has been involved in Egmont group and FATF process.  The world is continuing to frown that EFCC has not shown great maturity in handling of confidential data. The 7th National assembly agreed that the NFIU should be moved to the CBN but nothing has come out of that.”

Nigeria’s Egmont Group expulsion will ultimately be a death blow to Buhari’s ambitions to recover Nigeria’s looted funds abroad as the country will be unable to  to benefit from financial intelligence, shared by the other 150-member-countries, including the United States of America and the United Kingdom. The Ball is in Osinbajo’s court.