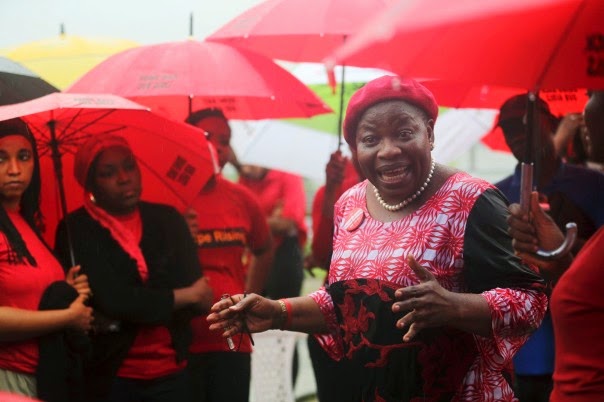 The police have arrested lead members of the Bring Back Our Girls (BBOG) movement in Abuja, Mrs Oby Ezekwesili and others

I have been ARRESTED along with rest of our  BBOG members and NOW DETAINED without a charge by the .@PoliceNG . WE are detained at the FCT command . The Police here has REFUSED to tell us why we are DETAINED.

What Are WE Demanding?

Oby Ezekwesili, co-founder of the group, who announced this in a tweet, said it is connected to the advocacy for the release of the abducted Chibok schoolgirls.

Since the girls were kidnapped in April 2014, the movement has been mounting pressure on the government to secure their release.

President .@MBuhari members of our BBOG Movement @BBOG_NigeriaHAVE BEEN ARRESTED BY OUR IG of .@PoliceNG . WE ARE ALL WAITING TO BE ARRESTED SINCE it has become an OFFENSE to DEMAND THAT YOU KEEP YOUR PROMISE TO RESCUE ALL OUR CHIBOKGIRLS.

In the early days of the current administration, BBOG found favour with the government as it was given clearance to meet with the president inside the council chamber of the presidential villa.

The government of former President Goodluck Jonathan had blocked members of the group from Aso Rock.

EFCC Detains ex-SGF, Babachir Lawal Over Alleged Fraud To The Tune of N223m