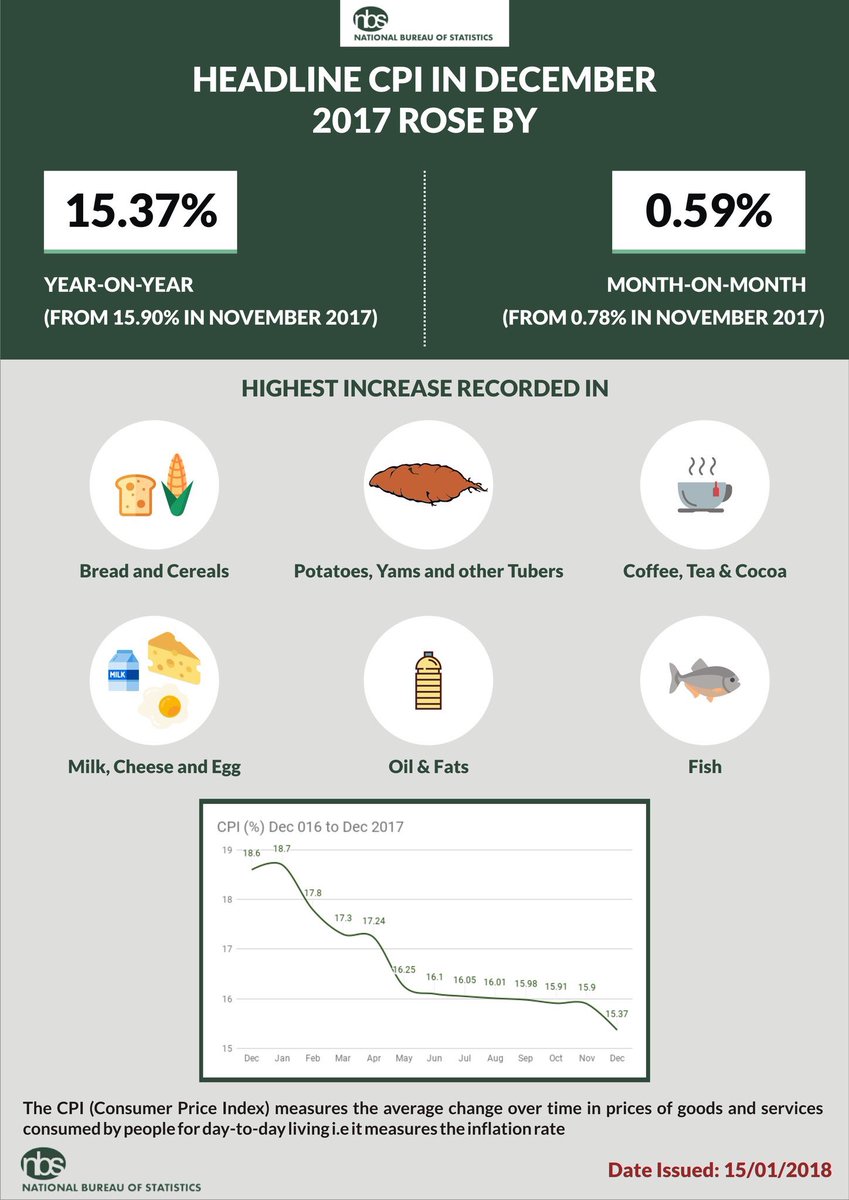 The National Bureau of Statistics on Tuesday released the Consumer Price Index which measures inflation with the rate dropping from 15.9 per cent in November to 15.37 per cent in December.

The drop of 0.53 percent points recorded in December makes it the eleventh consecutive slowdown in the inflation rate.

“By the Grace of Allah, We Will Not Return” – Abducted ‘Chibok Girls’ Declare In Boko Haram Video