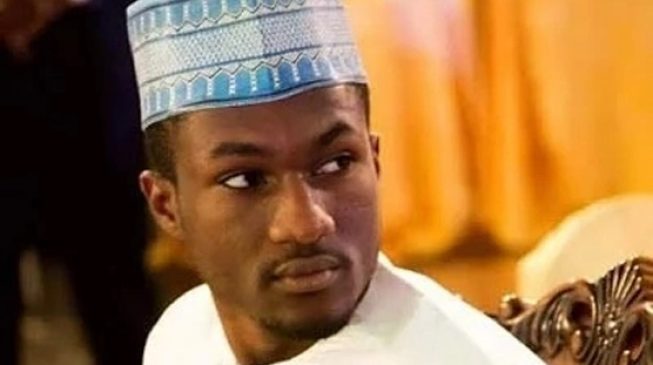 President Muhammadu Buhari has reportedly blamed his security officials for the power bike accident that caused his only son, Yusuf, to break a limb and sustain a head injury on Tuesday, December 26th.

According to Thisday Newspapers, President Buhari on Wednesday night was at the Cedarcrest hospital Abuja where Yusuf is being treated. His countenance showed he was not happy with the way he saw his son. He allegedly openly rebuked his security officials for allowing Yusuf and his friends ride their bike at about 8pm. A source in the presidency who spoke on condition of anonymity said

”The president was at the hospital on Wednesday night. He was very devastated when he saw his son, Yusuf, in a very critical situation. He was shaking his head, while looking at his son and thereafter angrily reprimanded his security officials for allowing Yusuf to leave home at that time of the day for power-bike racing. From the way the president spoke, it appears the security aides are in trouble. He spoke angrily”

The Minister of Interior, Lt-Gen. Abdulrahman Dambazau (rtd); his FCT ministry counterpart, Alhaji Mohammed Bello; and the Senate President’s wife, Mrs. Toyin Saraki; stayed throughout the night of Tuesday till Wednesday at the hospital with Hajia Aisha Buhari.

The source added “While the doctors were working to stabilise him, Dambazau kept appealing to the doctors to do everything possible to stabilise Yusuf, saying the president would find it very difficult to bear the pain if anything happens to his son. The president had directed that Yusuf be treated at this hospital for now. In any case he is still in coma with serious pain; so, he cannot survive long-flight for now. He still needs few days to come out of the coma before any consideration of flying him out of the country for more medical attention,’’

Meanwhile security personnels have been station in and around the hospital while vehicular and human traffic are properly screened before they get in and out of the hospital and its environ.