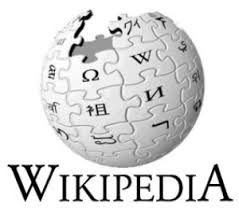 The world’s largest encyclopedia says it will increase Nigerian women’s visibility on the internet through its affiliate, Wikimedia Nigeria.

Mr Olaniyan Olushola, the President of Wikimedia User Group Nigeria, WUGN, made this known in a statement on Wednesday in Lagos.

Olushola said that the group had partnered with Radio WFM 91.7 to give visibility to more Nigerian women.

He said WFM 91.7 was Nigeria’s only radio station for women and their families, therefore, it would be used to boost the needed visibility of women.

He said that as part of the partnership, a project tagged: ”Wiki Loves Women”, which was conceptualised in 2015 to give visibility to African women on Wikipedia would be aired on the station.

According to him, being a Pan African initiative ”Wiki Loves Women” started in four African countries – Nigeria, Ghana, Cote d’Ivoire and Cameroon.

”The project seeks to encourage the contribution of quality information on African women to be published and made widely available via Wikipedia.

”This will correct gender inequalities on Wikipedia, the world largest encyclopedia as statistics show only 16 per cent of African women biographies are available in contrast to their female counterparts globally.

”We plan to engage female students in our various tertiary institutions across the country to create contents on Wikipedia to increase our local contents and to create awareness for Wikipedia in Nigeria.

”The core objectives of the project are to give visibility to Nigerian women using Wikipedia through Wiki Loves Women programmes and create awareness about Wikimedia and related projects,” he said.

Olushola said that the objectives would be achieved with a 30 minutes per week of 13 weeks phone-in live broadcast, with focus on Nigerian women on Wikipedia.

He said that the radio programme was also to identify women that were supposed to have articles on Wikipedia but not yet there.

According to him, suggestion will be collated from callers on the radio programme about who they think should be on Wikipedia but not yet there.

”It will also serve as providing answers to series of questions from readers and contributors on Wikipedia in Nigeria.

”There will be monthly Edit-a-thorn with participation from female students in tertiary institutions across the nation and each month will focus on a unique theme.

”Most reports about women in Nigeria focus mainly on works of such individuals but not on their personalities. We tend to use this medium to change this attitude,” he said.