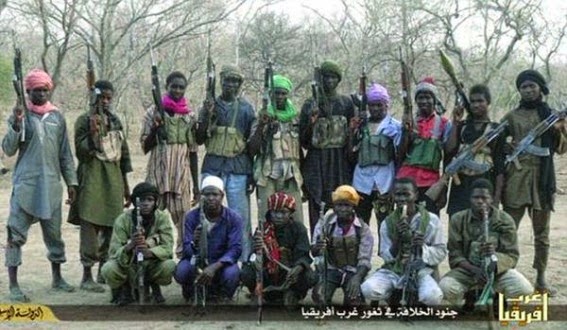 It is easiest for organisations like al-Shabaab and Boko Haram to recruit young people who are unemployed and frustrated about lack of opportunities and services in remote areas, the U.N. Development Programme (UNDP) said.

But researchers found about 70 percent of recruits said their “tipping point” was a government action, often the arrest or killing of a friend or relative by security forces.

“Contrary to popular narratives, those who join extremist groups tend to have lower levels of religious or formal education and less understanding of the meaning of religious texts,” UNDP said in a statement.

“Actually understanding one’s religion can strengthen resilience to the pull of extremism.”

Interviews with non-militant youths showed that receiving at least six years of religious schooling reduced the likelihood of joining an extremist group by a third.

The Islamist Boko Haram group, whose brutal eight-year campaign in northeast Nigeria shows no sign of ending, accounted for more than half of 33,000 deaths caused by militant attacks in Africa between 2011 and 2016, the U.N. said.

Although more than half of interviewees cited religion as a reason for joining an extremist group, 57 percent did not read religious texts or understood little to nothing of them.

The study was based on interviews carried out between 2015 and 2017 in six countries, including Kenya, Nigeria and Somalia, mostly in detention facilities, with most of those interviewed having joined militant groups voluntarily.

Researchers found people’s sense of neglect started in childhood, with young people growing up to resent the lack of economic opportunities or chance of change, and distrusting the state to provide services or respect human rights.

More than four in 10 said they were jobless before joining the organisation, while 34 percent said employment was the most immediate need when they signed up. But for many the tipping point was state violence.

“Such an individual could, upon witnessing or experiencing perceived abuse of power by the state, be tipped over the edge into extremism,” the report said.

Community support for armed groups also drives young people to enact violence out of a sense of duty or in a bid to gain the respect of their neighbours, a separate report focusing on Mali by the charity Mercy Corps said on Thursday.