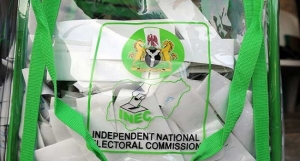 The peoples Democratic Party (PDP) candidate, Alhaji Kawuwa Malala has been declared winner of Dukku North Constituency bye-election in to the Gombe State House of Assembly.

The Returning Officer, Prof. Mohammed announced the results in Malala, Dukku Local Government Area of the state on Sunday.

He said that PDP candidate, having satisfied the requirement of the law and scored highest number of votes, was declared winner and returned elected. Siadu said three polling units with 1,700 votes cast were affected by irregularities and had those votes cancelled. According to him, the cancellation will not affect the election, based on the electoral law.

Malala expressed his happiness and assured his constituents of good representation at the Assembly. He solicited for the maximum cooperation and advice of the people to enable him achieve his electoral promises for the development of the constituency.

Newsmen report that the election was conducted in 103 polling units across the six political wards of the area, The wards are: Hashidu, Jamari, Lafiya, Malala, Wuro-Tale and Zaune.

Related Topics:PDPelectionsGombe State
Up Next