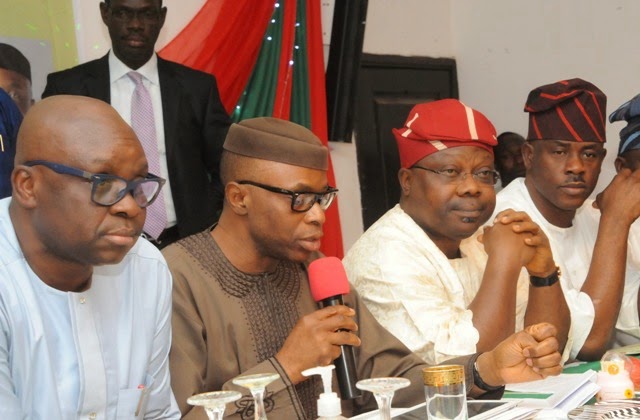 The Peoples Democratic Party (PDP) says the victory of Ademola Adeleke in the Osun west senatorial election shows Nigerians are now awakened to the deceit of the All Progressives Congress (APC).

In the election on Saturday, Adeleke polled a total of 97,480 votes to defeat Mudashiru Hussain of the APC who secured 66,116 votes.

The election followed the death of Isiaka, the elder brother of Adeleke, who represented the zone at the senate.

The party said the victory was the evidence of hard work and dedication of its members.

In a statement issued on Sunday, Dayo Adeyeye, spokesman of the Ahmed Makarfi led-caretaker committee of the PDP, said the party was confident it would win other elections.

“The Senator Ahmed Makarfi led national caretaker committee of the Peoples Democratic Party (PDP), on behalf of the entire organs of the party and PDP family nationwide, warmly congratulates Ademola Adeleke on his victory at the just concluded Osun west senatorial by-election in Osun state on Saturday, July 8, 2017,” he said.

“The victory of our party, the PDP at the poll is a general reflection on the reawakening of Nigerians to the deceit of the All Progressive Congress (APC), led administration at all levels, hence, the overwhelming rejection of the APC by the electorate in Osun west.

“The people have spoken with one voice and we know that Ademola Adeleke will deliver on his promises to the people. The successful outcome of this election is an evidence of hard work, dedication and the unity of all members of the PDP in Osun state who buried temporary differences in the overall interest of the party and the good people of Osun state.

“We are confident that without the interference of the APC in the current leadership issues in our party, the PDP remains the party to beat in all elections in Nigeria. Even as we await the judgement of the supreme court we urge all our members to unite in the interest of Nigerians to rid the country of the horrible APC government.”