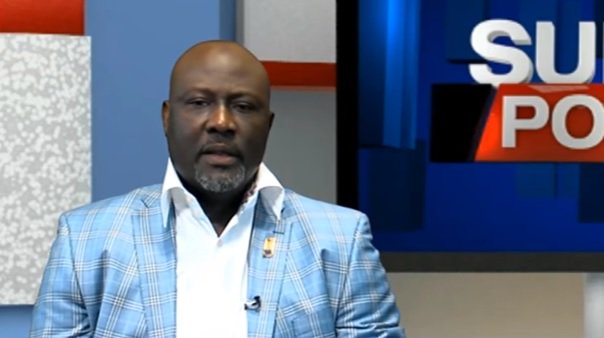 The political face-off between Senator Dino Melaye and Governor Yahaya Bello lingers, as the Kogi State Town Planning Board reportedly ordered that work on Melaye’s constituency office at Kabba, Kogi State should be stopped.

According to Sahara Reporters, the Publicity Secretary of the All Progressives Congress (APC), Ijumu Local Government Area, Gbenga Bright, in a statement claimed that the state government planned to stop work at the Kogi-west constituency office being built at Kabba, the headquarters of Kogi-west by Senator Dino Melaye.

“Information reliably gathered had it that the governor issued a directive to the GM, Kogi State Town Planning and Kabba Bunu LGA administrator, Mr Moses Tolorunleke, via Kabba/Bunu Local Government Council town planners to issue (a stop work) directive with their satanic intention to frustrate the finishing torches going on at the site”, he said.

He said the Kogi-west constituency office, was supposed to have been officially commissioned yesterday, July 1.

“I also wish to inform the public, our esteemed party leaders, members and the loyal electorate of Kogi-west senatorial district that all necessary legal rules, payment and processes of town planning procedures for the project were done satisfactorily, and all papers given to us before the commencement of the building which is now due for commissioning.

“Senator Dino Melaye is bringing development to Kabba town, and a governor who hasn’t done anything positive for Kogi people, despite huge resources collected so far, is attempting to stop development and progress.

“Surely, this move by the Kogi State government is not in tune with the yearnings and aspirations of the good people of Kabba and Kogi-west in general,” the statement said.

He said the building plan was submitted by the agent of the developer but that it fell short of necessary requirements.

“The agent was advised to seek alternative site or possibly acquire more space to meet up with the required ratio and process relevant title documents but he failed to adhere to the directives and went ahead to develop the said site.

“Several ‘stop work’ notices were served without response from the developer or his agent. The State Town Planning and Development Board had no option than to enforce relevant laws, hence, the marking of the structure.

“Mr. Gbenga Bright did a massive disservice to the public by attributing the marking of the building to politics when all available facts point to gross violation of town planning laws by the developer. If the building is allowed, it will constitute a great danger to its inhabitants and immediate environment.

“As a senator of the Federal Republic of Nigeria and an anti-corruption crusader, it is expected that he will fight against any act of law infringement.

“We expect the senator to lead the fight against lawlessness and recklessness on the part of people in high places. No amount of blackmail can force us to succumb to the blatant irregularities which characterized the development of the said constituency office of Senator Dino Melaye. The law is a no respecter of anybody,” Aliu said.