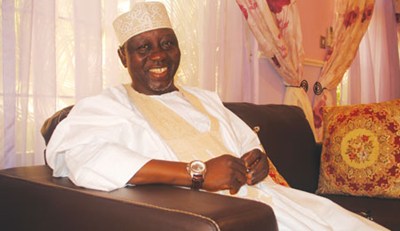 Gov. Umaru Al-Makura of Nasarawa State says government will henceforth arrest and prosecute individuals and groups engaging in hate speeches capable of breaching the peace of the state.

A statement by Ahmed Tukur, the Special Assistant to the Governor on Media and Publicity, said Al-Makura issued the warning on Sunday when the Emir of Lafia, Alhaji Mustapha Agwai, led other tradition rulers on a Sallah homage to the Government House in Lafia.

He said the warning had become imperative in order to ensure the sustenance of the peace in the state and check the activities of mischief makers bent on inciting violence.

“ Anybody caught making provocative statements that infringes on the rights of groups or individuals will be severely dealt with in accordance with the law,” he said.

Al-Makura maintained that those hiding behind politics to incite the public should desist or face the full wrath of the law, adding that government has the responsibility to ensure that such utterances do not degenerate to unrest.

“Government will not allow those hiding in the name politics to insult traditional rulers, individuals or group either on the social media or newspapers go unpunished,” Al-Makura said.

He urged traditional rulers to caution their subjects against making reckless statements and called for support toward punishing recalcitrant individuals and groups who would not heed counsel.

Al-Makura said that the state has suffered enough crises and bloodletting and assured that the present administration would continue to work assiduously to sustain the prevailing peace in the state.

He also promised that government would continue to protect the rights of all citizens, irrespective of ethnicity, religion and political affiliation.