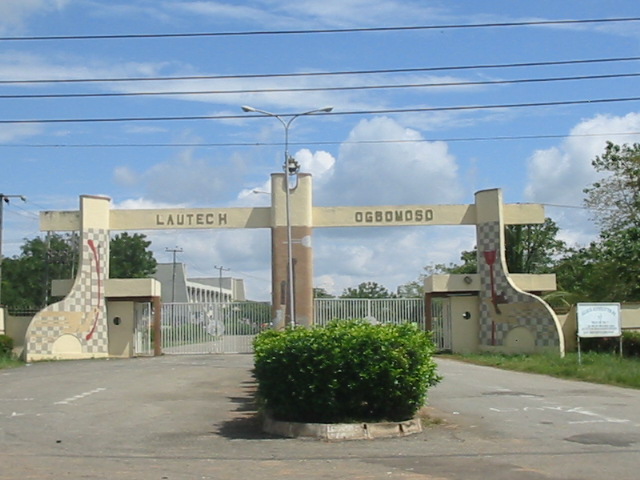 To the average observer, the crisis currently besetting the Ladoke Akintola University of Technology, Ogbomoso began a few years ago under the control of the progressive governors of Oyo and Osun state, but anyone who is well informed and conversant with the historical antecedents regarding LAUTECH as an institution, will agree that the LAUTECH crisis emanated in the 90s; few years after its creation.

Admittedly, the crisis at the time was minimal and manageable until the Alao Akala administration in Oyo state began the ownership tussle, which would intensify and deepen the crisis, and eventually create a wide communication gap between members of LAUTECH community, leading ultimately to the creation of factions and opposing sides.

I recollect how some indigenes of Ogbomosho assaulted, attacked and chased Osun state indigenes out of LAUTECH during the ownership tussle and how some members of staff, who were indigenes of Osun state, suffered great abuse as a result of Alao-Akala led administration’s decision.

As a direct offshoot of this brouhaha, state funds that would have been useful in developing and maintenance of facilities and processes within the institution were utilized in the construction of a deficient, ill equipped, and quite frankly, unnecessary teaching hospital. The hospital was hurriedly constructed and commissioned just a few days to the expiry of that administration’s term. After Ajimobi was sworn in as Governor of Oyo state, he and his counterpart in Osun thus became visitors of this institution; a political truce was brokered, and the institution enjoyed some respite. This truce even led to the reduction of tuition fees as paid by the students.

Now to the present day; the simple truth is that, whereas Oyo state has borne the brunt of the Lautech crisis, and is being held fully responsible for the non-payment of salaries and whatnot, the Osun state government hasn’t been properly chastised for the role it has (not) played so far. In the Statement of Accounts released by LAUTECH management during the presentation of the Vice-Chancellor at the Oyo State House of Assembly, it was stated unequivocally that Osun’s debts on subventions to Lautech stood at 5.7billion naira, while Oyo’s was 1.8billion naira.

Osun State has not been paying its part of the LAUTECH subventions for the past three years, while the Oyo State Government has been meeting its monthly obligations. LAUTECH is a joint ownership institution, it is therefore the responsibility of both owners to cater to her needs.

It is pertinent to note that LAUTECH staffers were owed a month salary before they went on strike, even while the rest of the workers, statewide, were owed two or three months’ salary at the time. The public needs to be informed on how the struggle for Academic Earned Allowance by these staffers led to the present crises. The struggle for allowances was the real genesis of the LAUTECH crises, even when institutions in neighboring states, both state-owned and federal, were owed as well. The implementation of unnecessary strike and constant closure also weakened the Internal Revenue Generation of the institution; this ought to have aided its financial and capital commitments. As I write this, LAUTECH has lost revenue due to low enrolment and crippling of all activity, caused by incessant and unnecessary strike actions and closure.

It is also on record that both governments met in Ibadan to find lasting solutions to the reoccurrence of the ownership tussle, and generally chart a workable course for the institution. In that meeting, Aregbesola reaffirmed the interest of Osun state government, as far as LAUTECH is concerned, and a treaty was signed by both governments, affirming that LAUTECH remains a property of both states. The reason behind Aregbesola’s act is perhaps the fact that Osun indigenes hold key positions in the institution and any attempt to withdraw will mean that LAUTECH becomes the sole property of Oyo state, and this may lead to the reshuffling of staff and workers within the institution. Aregbesola will always maintain that Osun state is interested in LAUTECH but they are incapacitated.

I should also state that student leaders of LAUTECH did not stage any protest in Osun state until the outcry was too loud to ignore – Nationally, because majority of LAUTECH student leaders in the Students’ Union Government are indigenes or loyalists of the Osun state government. It is on records that Ajimobi came out of the State Executive Council meeting to attend to students of LAUTECH who protested at the early days of 2017, while Students of LAUTECH protested for two days straight before the deputy governor of Osun state attended to them. Maybe the public needs to be informed as well that the president of LAUTECH Alumni association is an indigene of Osun state.

The Oyo state governor met has with the management, aggrieved member unions and students sometime in January, where he made a promise of N500million to be paid into LAUTECH accounts as temporary respite, while they await the report of the visitors’ panel, set up by the Oyo state government, and headed by respected legal luminary, Chief Wole Olanipekun (SAN), which would hopefully lead to a permanent solution. He made good on his promise, and the money was utilized in the settlement of part of the outstanding commitments, leading to the resumption of the institution a few weeks ago, before the strike action was again activated. The Osun state government in that same space of time contributed a paltry N42million.

It is perhaps also noteworthy that the leaders of the institution’s biggest member unions – ASUU, NASU and SSANU – are ALL indigenes of Osun state. If the Osun State government could indeed stop showing serious commitment to the growth of LAUTECH, it would be grossly unfair to solely blame the woes on Oyo state.

Union leaders that started the campaign for the payment of EAA (Earn Academic Allowances) are all indigenes of Osun and it is on record that, of the two state governors, Governor Ajimobi of Oyo state has been the most willing to come to the table to try and find lasting solutions to the LAUTECH crises.

LAUTECH is jointly owned by Osun and Oyo states, but only Oyo state seem to be bearing the brunt of the current crisis, from all angles.

Have you ever asked why?

Bukola Ogunyemi: The Marathon Path to Ease of Doing Business