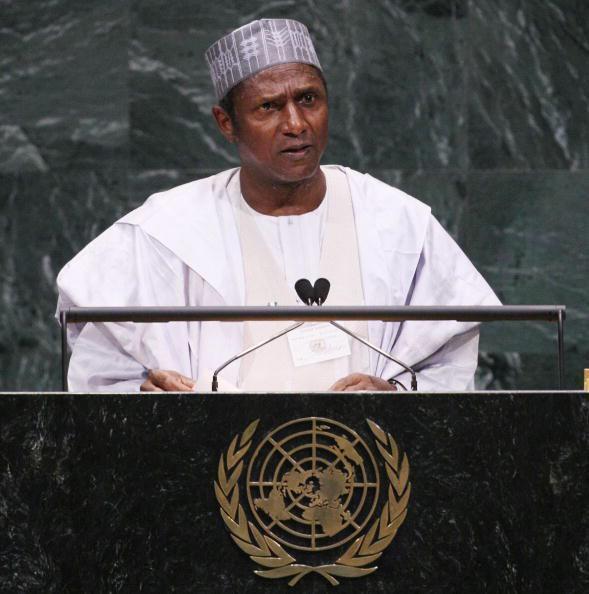 Dr Goodluck Ebele Jonathan, Nigeria’s ex-President, has described his former boss and predecessor, the late former President Umaru Musa Yar’Adua as a great gift to the nation and people of Nigeria.

He made the comment on Friday on his Facebook page, to mark the seventh year commemoration of Yar’Adua’s death.

He further described the former president who died barely two years into his administration as a peacemaker who brought peace to the Niger Delta.

Jonathan said: “Seven years ago you left this world leaving behind a legacy of detribalized leadership and a soil that was fertile enough to grow trees whose shade you would never enjoy.

“As a peacemaker, you helped bring peace to the Niger Delta and that singular act brought manifold benefits to Nigeria. As a democrat, you promoted due process in government and equity in public administration. Umar Musa Yar’adua, a friend and brother, a great gift to the nation and people of Nigeria. Seven years gone but never forgotten.

“May you Rest In Peace even as we hope and believe that you made al-Jannah Firdaus. Miyetti Allah for the life of service you lived and may Almighty God care for the family you left behind. GEJ” 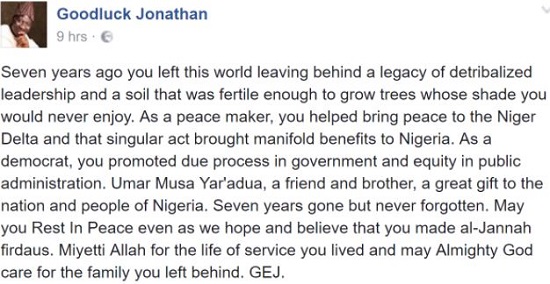