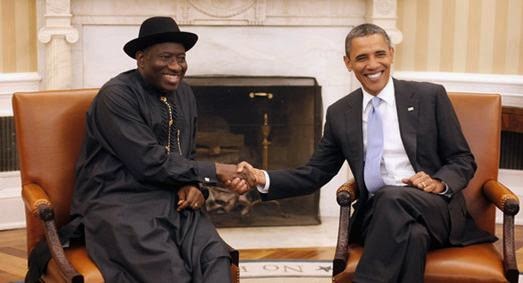 Reno Omokri says the administration of Barack Obama worked against the re-election of Goodluck Jonathan because of three issues it had against the immediate past president.

He said that Matthew Page, a former intelligence analyst on Nigeria in the US state department, told him that the Obama administration had issues with the abuse of human rights in the north-east, Diezani Alison-Madueke, a former minister of petroleum resources, who they felt should be removed and the same-sex marriage (prohibition) bill of 2013.

Omokri said this in excerpts of a book entitled ‘Facts Versus Fiction: (The True Story of Jonathan Years, Chibok, 2015 and The Conspiracies)’.

The excerpts were published on Jonathan’s Facebook page on Friday.

The former aide of Jonathan said from his findings, the anti-gay law “was a deal breaker for the Obama administration because of the strong support they had from the LGBT (Lesbian, Gay, Bisexual or Transgender) community for Mr Obama’s re-election campaign of 2012?.

“Although he listed three reasons why the Obama administration felt let down on by Dr. Jonathan, my conversation with Mr. Page gave me a sense that the first two reasons were just excuses and that the main reason was because of the Same Sex Marriage (Prohibition) Bill 2013,” Omokri wrote.

“That issue was a deal breaker for the Obama administration because of the strong support they had from the LGBT (Lesbian, Gay, Bisexual or Transgender) community for Mr Obama’s re-election campaign of 2012.

“Per the New York Times, the gay vote was ‘crucial’ to Obama’s re-election, whereas to CNN, the LGBT community not only made the difference in 2012 by trooping out to vote for Obama, they were also his top donors.”

He said Page further confirmed to him that 12 northern governors were invited to the US, as stated by Babangida Aliyu, a former Niger state governor, in ‘Against the Run of Play’, a book written by Segun Adeniyi.

“At that meeting, Admiral Murtala Nyako read out a memo he had written itemizing the case against Jonathan. He was so openly and almost violently against the Jonathan administration in his speech that he had to be openly rebuked at the meeting by the then Nigerian ambassador to the US, Ambassador Adebowale Adefuye of blessed memory,” Omokri wrote.

“Admiral Nyako’s belligerence against the Jonathan administration was so venomous that it prompted a rebuttal from the Gombe state governor, Ibrahim Hassan Dankwambo, who showed loyalty to the then Nigerian President. According to Mr. Page, this prompted most of the other Northern governors present to turn on him.

“In my interview with him, Mr. Page revealed to me that after the anti Jonathan tirades by these governors, they were shepherded to the White House on March 18, 2014 for more meetings. Even though Mr. Page attended the reception at the White House for the northern governors, he did not make me privy to who were at that particular meeting other than stating that the governors met with then National Security Adviser, Susan Rice.

“Ms. Rice is however a known Nigerian specialist and was the person who on July 7, 1998, allegedly made the tea that the presumed winner of the June 12, 1993 Nigerian Presidential election, chief MKO Abiola, drank minutes before passing away after reportedly foaming at the mouth.”