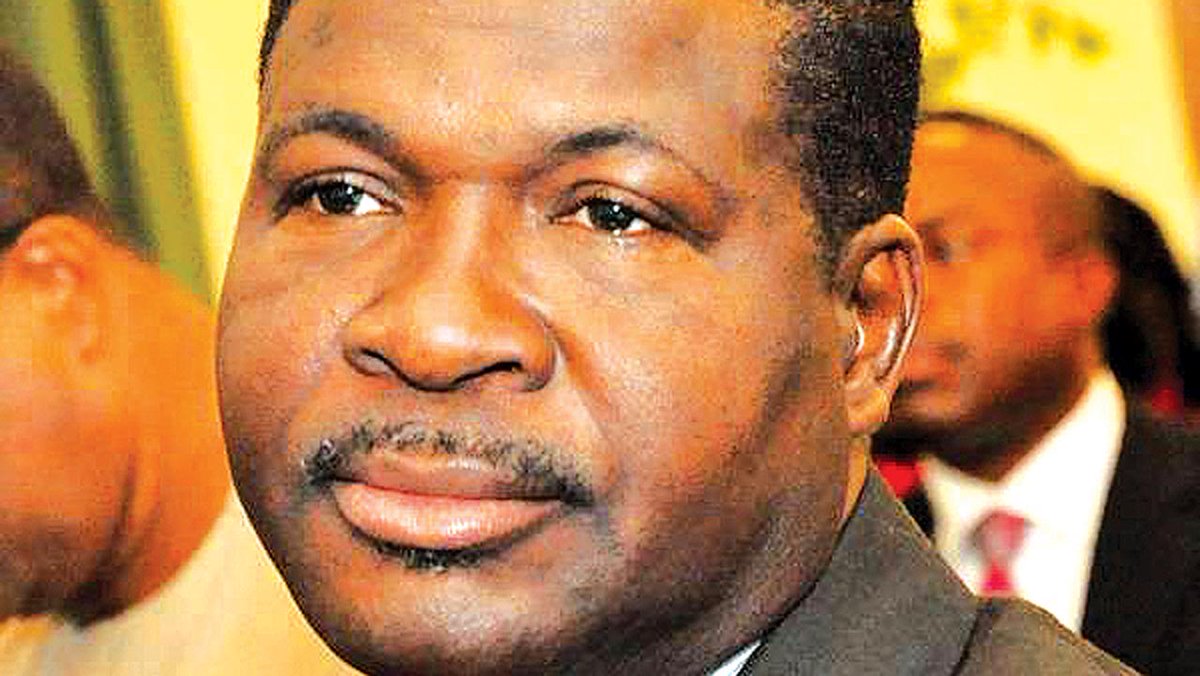 The Federal High Court in Lagos on Monday lifted the order barring a Senior Advocate of Nigeria, Chief Mike Ozekhome, from accessing his Guaranty Trust Bank account into which he received N75m legal fee from the Ekiti State Governor, Ayodele Fayose.

The Economic and Financial Crimes Commission had on February 7, 2017, obtained an interim order stopping Ozekhome from dissipating the N75m on the grounds that it formed part of proceeds of alleged criminal activities by Fayose.

The EFCC claimed that the N75m which Fayose paid to Ozekhome was part of the N2.26bn arms procurement funds, which a former National Security Adviser, Col. Sambo Dasuki (retd.), allegedly looted.

The anti-graft agency claimed to have traced N1.22bn out of the N2.26bn, which Dasuki allegedly looted, to Fayose.

On that basis, Justice Abdulaziz Anka had on February 7 frozen Ozekhome’s account for 120 days.

Displeased, however, Ozekhome approached the court urging the court to vacate the interim order.

In a ruling on Monday, Justice Anka granted Ozekhome’s prayer and dismissed the counter-affidavit filed in opposition by the EFCC.

The judge said though it was not in doubt that the N75m came from Fayose, Ozekhome could not be held liable because there was no restriction on Fayose’s account as of the time the N75m was paid to his law firm.

Justice Anka noted that the freezing order earlier obtained by the EFCC in respect of Fayose’s accounts had been lifted by Justice Taiwo Taiwo of the Federal High Court in Ado-Ekiti.

Justice Anka said he would not allow himself to be lured into sitting as an appellate judge over the counter-decisions of Justice Mohammed Idris who earlier froze Fayose’s accounts and Justice Taiwo who later unfroze the accounts.

Justice Anka held, “There is no argument whatsoever as to the source of the funds as rightly argued by the learned counsel for the EFCC, Mr Rotimi Oyedepo, but the question is: can the respondent/applicant be liable for any infraction as of the time he received the amount in his account?

“His evidence was not controverted that the same proceeds were unencumbered as of the time they were transferred into the account of Mike Ozekhome Chambers as rightly argued by Chief Mike Ozekhome.

“…considering the order above quoted and the depositions, I do not understand or comprehend why the applicant/respondent’s counsel, Mr Rotimi Oyedepo, would still argue and stand his ground that the same account has not be unfrozen by the Federal High Court sitting in Ekiti State.

“In both the order and the depositions, the account numbered 1000312625, was evidently and manifestly unfrozen, such an argument, therefore, by Mr Oyedepo Esq cannot hold water.”

In the final analysis, the judge said he found sufficient grounds to reject the EFCC’s counter-affidavit, including the fact that Ozekhome had already dissipated the N75m which the EFCC sought to stop him from touching.

He added, “From the circumstances and facts as outlined above, my decision is based on the following considerations: considering the fact that the source of the fund of the respondent/applicant is derivable from an unencumbered account; considering also the fact that such account has also been unfrozen via the order of the Federal High Court sitting in Ado-Ekiti; considering also that the amount has been dissipated; put into consideration also was the fact that the funds are monies paid for the services rendered by the respondent/applicant in prosecuting various actions before various courts..I find it very doubtful if the objection of the EFCC can be lawfully sustained.”

Ozekhome had in his application contended that the action of the EFCC was unconstitutional, had no legal justification and was a gross violation of sections 36, 37 and 41 of the 1999 Constitution.?