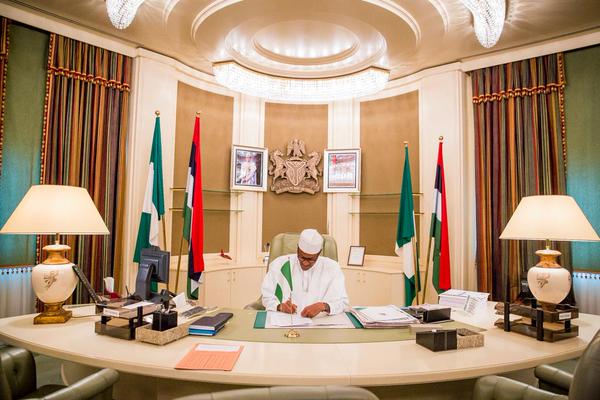 ABUJA (Reuters) – A lingering illness has led President Muhammadu Buhari to reduce his working day to a few hours since he returned from medical leave, slowing down the pace of economic reforms advanced in his absence, diplomats and government sources said.

The Nigerian leader is spending between one and four hours a day in his office to conserve his energy levels, three diplomats and presidency sources said, deepening concerns he is too unwell to orchestrate reforms to the recession-hit OPEC economy.

Buhari has long been criticised by households and investors for his slow response to low global oil prices, which sent the naira currency tumbling and the broader economy into a tailspin.

When he travelled for treatment, his deputy embarked on initial steps to turn around Africa’s largest economy before handing back the reins upon Buhari’s return seven weeks later.

“Things are slowing down, particularly on the economic front, which is a concern,” said one Western diplomat.

One official inside the president’s office said the 74-year-old was due to return to Britain for further treatment in April. The presidency has not revealed the nature of Buhari’s illness.

A post on the Twitter feed of spokesman Garba Shehu said Buhari had been working from home, even after most civil servants had left their offices.

Buhari’s health will be in focus this week, when the International Monetary Fund is due to urge swift reforms – a verdict that risks derailing Abuja’s hopes of securing $1.4 billion in international loans.

However, even some government insiders appear to be in the dark over the president’s health and his reform plans.

“Everyone is trying to read Buhari’s body language now he is back,” said an adviser to the government, who did not want to be named.

Buhari was in London between late January and early March for treatment.

Business leaders and diplomats have said that during his absence, the presidency acted with an energy rarely seen in the two years since his election. Civil servants said they were working longer hours and handling heftier workloads.

The central bank devalued the naira for retail customers, a move seen as testing the waters for a wider devaluation that Buhari has so far resisted.

Even so, political observers and economists at the time questioned whether he was acting with Buhari’s consent and had the authority to enact long-term reforms.

John Ashbourne, Africa economist at Capital Economics in London, said Buhari’s return had opened up “the possibility for important decisions to be made”.

“It was never likely that Osinbajo was going to really change directions during his time at the helm,” said Ashbourne.

Two diplomats said, however, that Osinbajo has now been authorised by Buhari to hold talks with leaders in the restive Niger Delta region to quell unrest that has choked crude production, in a sign some newfound momentum may be retained.

The coming weeks may help signal how confident creditors are that Nigeria can haul its economy out recession. Finance ministry officials are preparing for further talks with the World Bank over a loan of at least $1 billion, and with the African Development Bank (AfDB) for a $400 million package.