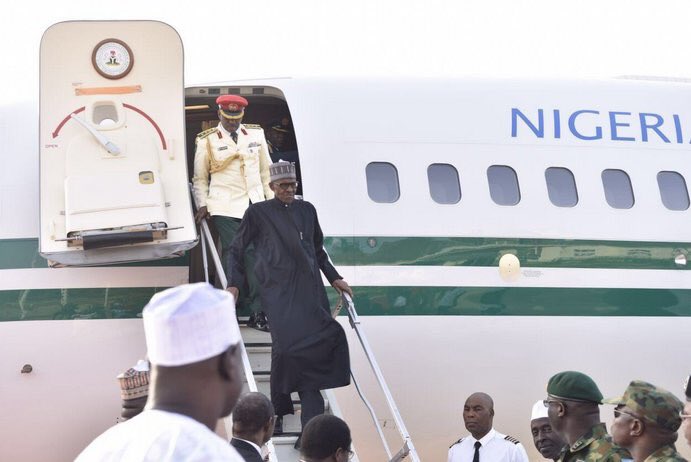 President Muhammadu Buhari announced soon after returning from a medical leave lasting a month and 19 days that Acting President Yemi Osinbajo was going to continue in that capacity as he still needed to ‘rest’. I totally understand the need for that as a lot of us already knew he was battling something serious for the Presidency to keep the nature of his ailment under wraps. If it were a medical condition not worth losing any sleep over,I trust Femi Adesina to have disclosed it to us in a bid to allay fears,dispel mischief and assure us we weren’t sold damaged goods.

But what we kept getting instead were updates on test results and who was visiting. Mr Lai Mohammed as the publicity secretary of the Action Congress in 2009 demanded that the then Minister of Information updated Nigerians daily on the state of President Yar’adua’s health. It is ironic that in consonance with the hypocrisy we have now grown accustomed to, he didn’t do so when Buhari was away.

Soon after the President arrived 10 hours late to an APC Presidential campaign rally in Delta state, reports surfaced complete with a medical report on how the President was been treated for acute prostrate gland cancer at the Ahmadu Bello University Teaching Hospital, Zaria in Kaduna state. Nobody took them serious and we all waved them off as one of the PDP’s numerous antics at fighting off its most potent opposition ever. It felt a desperate move at a most desperate time but in the present circumstance, those reports deserve a lot more attention than they got then.

Governor Ayo Fayose and others that warned us to choose life over death and not vote a man that could die in office now seem special recipients of messages from above.

What we have to work with suggests we have a 74 year old President who suffers from an ailment grave enough for his doctors to refuse to release him before his test results were out and also grave enough to be kept secret from everyone.

If Buhari is half the man almost everyone thought he was,he would have tendered his resignation and gone on to cater full time to his health. If not for anything but for his love for this great nation. The Buhari sold to Nigerians was one who believed we deserved the best from our leaders and one who was modest,contented and didn’t deem the Presidency a do-or-die affair.

A lot of those who clapped back at Governor Fayose back then actually vouched for his integrity by claiming the Buhari they knew wouldn’t spend an extra day in office if his age or health would constitute a hindrance to the effective discharge of his duties.

That doesn’t seem to be the case.

In the end he is no different from the other politicians out there who would cling onto power at all costs. He is no more honourable than your average nigerian politician who would rather die on the sick bed in his office than relinquish power. I saw a recent photo of the ex-Taraba state governor on a wheel chair and I wondered if Tarabans were actually waiting for the man to get well and resume in office.

Buhari’s man of integrity toga only makes it difficult to rationalize his reluctance to step down. He cannot claim to worry about what would become the fate of Nigerians if he does so, as the acting President has proved more than equal to the task with the yeoman’s job he has done so far. Virtually every poll I saw online ended with the majority wanting Osinbajo to continue in a substantive capacity. The Ag.President’s surprise visit to the Murtala Mohammed International airport Lagos to inspect facilities gave a lot of us an insight into what it felt like to have a vibrant leader on the good side of age.

And talking about age,the President himself has admitted it would limit his capabilities in honouring his bond with the people. Add that to his health state and you have a man who is guaranteed to serve us at a minimal capacity. This ought to have been the clincher if indeed he has sat down to consider towing the path of honour.

The theory that the profligacy of the PDP is responsible for all of our current problems has been disproved by none other than his Vice-President who needed just the amount of time the President was away to pay strategic visits to the Niger-Delta to meet the right people and pull the right strings in a more diplomatic approach a lot of us feared a ‘hard man’ like PMB wasn’t capable of adopting to ensure none of our oil installations were bombed ever since.

He pursued rigorous enforcement of the CBN policy on foreign exchange and thanks to that. A lot of us remember even without this new policy,he was able to help the naira claw back 14 points during President Buhari’s first medical leave.

The President’s performance quite sincerely has been below par and it would be better to leave and have Nigerians attribute it to whatever reason his honourable act propels them towards, most likely illness than to give them less than they deserve.

Umar Sa’ad Hassan is a lawyer based in Kano. He tweets @alaye26.

The North Must Retain Presidency Till 2023 – Arewa Forum Leader