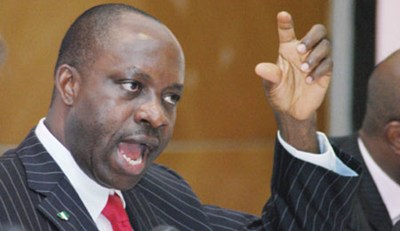 The President Muhammadu Buhari administration’s style of governance is worsening the fragile economy of the country, former Governor of the Central Bank of Nigeria (CBN), Prof. Charles Soludo, declared yesterday.

Although Soludo acknowledged that the All Progressives Congress (APC) administration inherited a bad situation, he said that the administration had made the economy several times worse than it met it two years ago.

By his position, Soludo has joined other citizens who have offered different perspectives on how the Buhari government can effectively manage the economy and make governance to have a direct and positive impact on the citizens.

At a public policy forum organised by the African Heritage Institution, tagged “Big Ideas Podium” and held in Enugu, Soludo said “Nigeria is now, some say, a fragile state, some say a failed state.” According to him, it is not going to be a tea party to come out of the situation because there has not been a serious commitment to address the problems.

“Nigeria is not just in recession, but in a massive economic compression; it will be a miracle for the present APC administration to return this country to the dollar size it met in May 29, 2015, if it stays for eight years, that’s till 2023.

“It is business as usual, propaganda, lies, double-speak. The current government is fighting corruption, insecurity, but we say to them, enough of the blame game.

“They inherited a bad situation but they have made it several times worse; getting us out here is not a tea party. Nigerians should rise in unity, it should no longer be ‘let them’; only united citizens can rescue Nigeria out of this position,” Soludo said.

“They gave us manifestoes, promised a lot and we said ‘yea’; how many have gone back to check how far they are delivering on those promises? If any party implements 25 percent of its manifesto, Nigeria will get better.

“If you check any state run by APC, Peoples Democratic Party (PDP) or All Progressives Grand Alliance (APGA), the three parties that have governors, can you spot any difference in any of those states that will distinguish one party from another? They are the same.

“APC said in its manifesto that it will restructure Nigeria, that Nigeria was not one, but after election, has anybody heard about it (restructuring) again? They control 23 states and the National Assembly, all they need is one more state to get the required 2/3; so they have what it takes, but they are not talking about it again.

“If we don’t rise to hold them by the jugular, Nigeria cannot go anywhere. We have to start preparing for a post-oil economy; insanity is to repeat the same thing over and over again and expect a different result.”

Soludo, who also faulted the clamour for Igbo presidency, described it as an “unnecessary distraction”, stressing that “you could have the president and his vice as well as all the ministers come from one village, but the life of all the people in that village will not move from point A to point B.”

To justify his position, he recalled that during Goodluck Jonathan’s administration, several members of the economic team, including the finance minister, deputy senate president, deputy speaker of the House of Representatives and the secretary to the government of the federation all came from the South-East, “but there is not one motorable federal highway in Igbo land.

“We want a new Nigeria where it does not matter where the president comes from; we want to set a structure where each citizen will work hard, where security is guaranteed.”