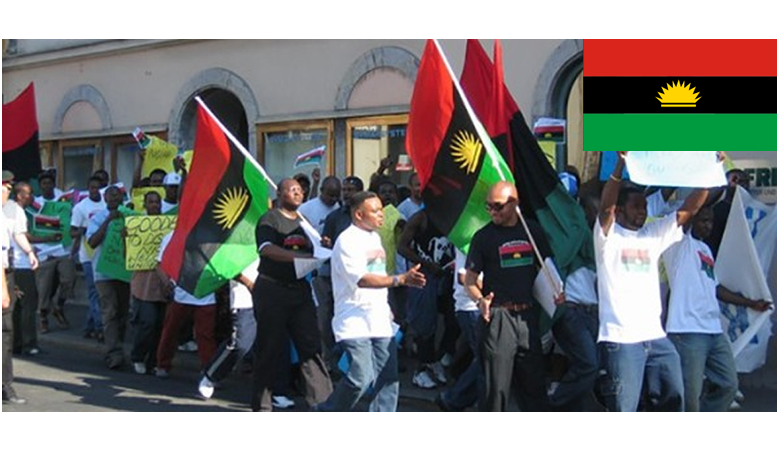 The movement for the Actualisation of the Sovereign State of Biafra, MASSOB, On Thursday slammed the leader of Biafran Independent Movement, BIM, Chief Raph Uwazuruike, on his statement about actualising Biafran without gunshots.

This was allegedly reported by the ‘Nigerian Newsdesk’ via @Todayng. Through these agencies reports, MASSOB members stated that “ Uwazurike’s comments were selfish because some persons had paid the ultimate price for Biafra and a clear sign that Uwazuruike cannot lead the course he claimed to be fighting for”.

At Onueke, Ezza South Local Government Area of Ebonyi State, Uwazuruike during a meeting with BIM and his MOSSOB loyalists, stated that Biafran will be achieved without firing a single gunshot. Represented by BIM’s Director of Information, Chris Mocha stated that the long awaited breakup of Nigeria would take its natural course at the appropriate time.

Furthering his speech, he said the first procedure for declaring independence was to first notify the United Nations, UN, of the desire to secede, not threatening the peace of Nigerian with violent demonstration. But in his reaction, MASSOB factional leader, Uchenna Madu, in a statement issued in Awka, stated that Uwazuruike was afraid of confrontation with those against Biafra because he was protecting his business interests.

He reiterated that MASSOB has lost thousands of members through gunshots by Nigerian security agents at MASOOB headquarter in November 2015, when Uwazurike was expelled as leader. Hundreds of IPOB members were gun down in many cities of Biafran land, he said.

“MASSOB knows that Uwazuruike will not want or like Biafrans rising in defence of themselves or engaging in a war with Nigeria because he does not want to lose his numerous investments in Owerri, Port Harcourt, Lagos and Abuja. Our people are in detention, many are missing, maimed and killed by gunshots of our oppressors, yet Uwazurike is saying that there will be no gunshots.”