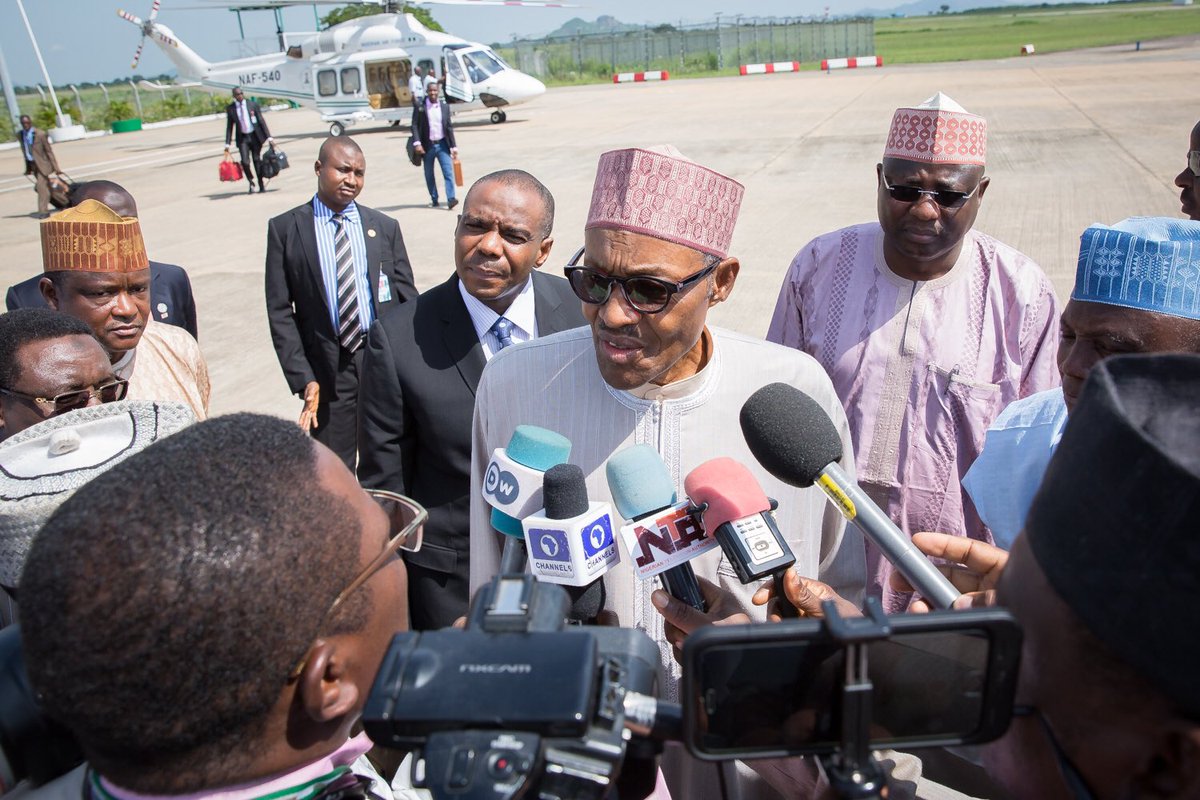 Details of their conversation are still sketchy but they were believed to have spoken via the telephone.

The President has been on a medical vacation in the United Kingdom since January 19, 2017.

He was originally due to be back in the country two weeks back but he extended his stay, which according to the Presidency was due to his pending test results. This further fuelled speculations that Buhari is not as well as portrayed by his aides.

Many top top government officials, including the Senate President, Bukola Saraki and the Speaker of the House of Representatives, Yakubu Dogara, have since visited the President at his official residence – Abuja House – in London.

Akeredolu Sworn In As Ondo Governor