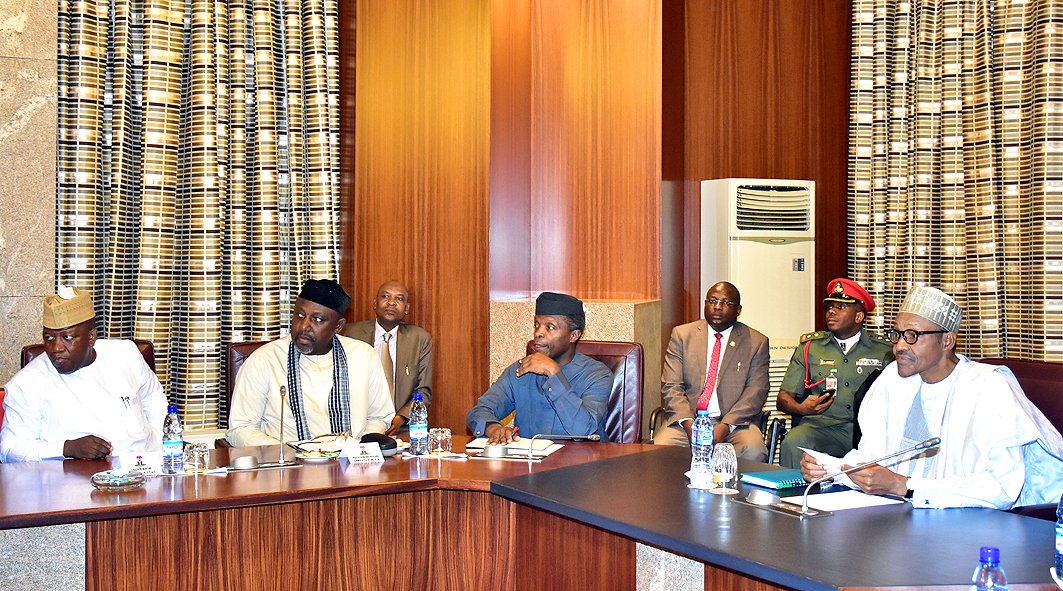 The absence of 19 governors of the APC yesterday stalled a meeting convened in Abuja to deliberate on best budgetary method for Nigeria.

The dignitaries, including the APC National Chairman, Chief John Odigie-Oyegun, governors of Imo, Kogi and Zamfara as well as deputy governors of Plateau and Kwara, the minister of Budget and National Planning, Sen. Udoma Udo Udoma, and the Majority Leader of the House of Representatives, Femi Gbajabiamila, among others had arrived the venue of the event, Shehu Musa Yar’adua Centre, before it was postponed to next week due to poor attendance.

The chairman of the Progressive Governors Forum (PGF) and Governor of Imo State, Rochas Okorocha, who announced the postponement, said it coincided with other major events.

Okorocha said the issues to be discussed at the meeting required the presence of acting President Yemi Osinbajo, Senate President Bukola Saraki and Speaker Yakubu Dogara.

He said: “We wanted the Acting President to be here in person. This programme coincides with other programmes because there are a lot of questions that might come up that require national answers and most of the legislators; the Senate president and speaker are also engaged in other programmes. And only last Friday, most governors left back to their states.