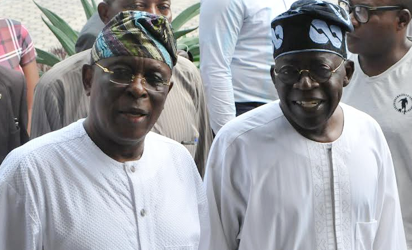 The Omo Oodua Yoruba community in the 19 Northern states and Abuja yesterday urged all their leaders to rally support for the present administration of President Muhammadu Buhari.

The Yoruba nation was also advised not to partake in anything that would truncate their peaceful coexistence with other communities they cohabit with in the North.

In a communiqué issued at the end of their NEC meeting in Jos, the group commended the Buhari administration on the commencement of the N5,000 welfare scheme for the downtrodden and advised that the project should reach the targeted poor from all parts of the country.

The communiqué, which was signed by the national leader of the group, Chief Toye Ogunshuyi, the national secretary Alhaji Azeez Salaudeen and the Plateau State president of Omo Oodua, Hon. Tunde Oladapo, also passed a vote of confidence on Governor Simon Bako Lalong  for  his “people oriented programmes and providing a good template towards provision of peace and carrying other ethnic groups along in his government.”

The Yoruba group also expressed gratitude to the Governor of Kano State, Alhaji Abdullahi Umar Ganduje, for appointing one of their members as senior special assistant on intercommunity relations.

It sympathised with the government and people of Niger State over the death of their former governor, Engr. Abdullahi Kure.