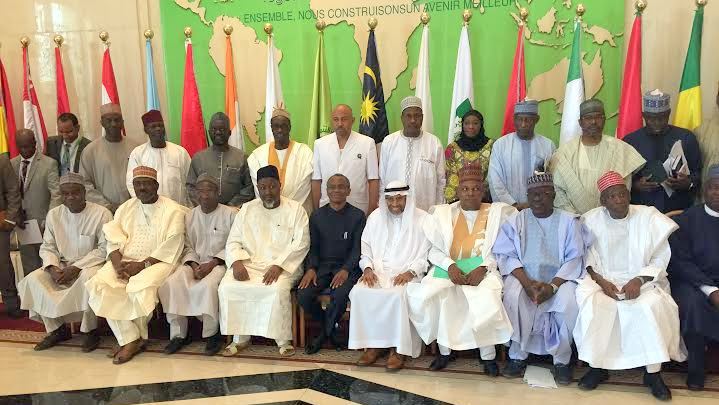 Governors of the 19 Northern States and the Northern Traditional Rulers Council on Monday met in Kaduna over the insecurity in the region.

Speaking at the opening ceremony of the meeting held at Sir Kashim Ibrahim House, Kaduna, the Sultan of Sokoto and Chairmen of councils of traditional rulers across the 19 States of northern Nigeria, Sa’ad Abubakar, also in attendance, said preaching hatred and violence divide citizens, rather than strengthen unity as a people.

He said one of the numerous reasons why violence has continued to thrive in the region is impunity that has seen culprits go without punishment.

He said in view of the threats and the dimension the crises were taken, the traditional rulers from the region would back any action that is being and would be taken by the Northern States Governors forum.

“We at the Northern Traditional Rulers Council are very worried and sad with the situation of insecurity in the north, especially the happenings in Southern Kaduna, kidnapping, cattle rustling, the state of IDPs in the North East in particular and other parts of the country,” the Sultan said.

“We are more worried with the usage of places of religious worship to preach hatred, violence and other issues that tend to divide us, rather than strengthen our unity as a people created by one God.

“We are therefore strongly supporting more measures taken and to be taken by Governors of the Northern States, especially the Governor of Kaduna State.

“We look forward to a very robust, blunt and honest discussion today. Let us collectively as one people say enough is enough. We believe the position paper from this council would be presented later to the Northern Governors’ Forum to make our points on these issues and many more.”

Chairman of the Northern States Governors’ Forum and Governor of Borno State, Alhaji Kashim Shettima, in his address said the North, which is ‘Nigeria’s most thriving region’, has literally conspired against itself to be reduced to the laughing stock of the world.

“Governors of the 19 Northern States do recognize, respect and cherish the fact that while others serve for certain periods, traditional rulers mostly make lifetime commitments to the service of our communities. This naturally makes your Royal Highnesses very significant stakeholders in the affairs of Government across the 19 Northern States,” he said.

“Even more crucially, it gladdens the heart to note that our traditional rulers have sustained the time tested and noble tradition of championing the causes of their people. To cite one example, only last week, His Royal Highness, the erudite Emir of Kano, Alhaji Muhammadu Sanusi ll spearheaded the thought provoking debate surrounding the significance of the education of the girl-child and how it can positively impact the progress, development, prosperity, peace, security and stability of the North and, by extension, Nigeria.

“This very fundamental debate bordering on the educational backwardness, pervasive poverty and underdevelopment as well as persistent insecurity of Northern Nigeria should not only form the underlying basis for holding this extraordinary meeting but must continue, in our enlightened self-interest as leaders, to perpetually preoccupy our thoughts, plans, programmes and actions.

“Managing multiculturalism and heterogeneity is a major challenge and indeed a litmus test for leadership, good governance and progress not just in Northern Nigeria but in the entire global society. However, as leaders of government, traditional rulers and community as well as religious leaders we must to unite to tackle the challenges that stare us in the face.”

Meanwhile, the Host Governor Nasir Ahmad El-Rufai in his own remarks called on all political, traditional and religious leaders to rise in condemning the incessant killings and destruction of lives and properties in the region.

“I wish to call on my colleagues, the Northern States Governors in collaboration with our Royal Fathers to join hands together and never give up in the pursuit of peace and progress for the region. We must strive and restore our region to the status of its glorious past of peace, progress and development,” he said.

At least 15 out of the 19 states governors or their deputies attended the opening session.

FG Attacks Bring Back Our Girls Campaigners, Says Group Pretending To Be An Opposition Party