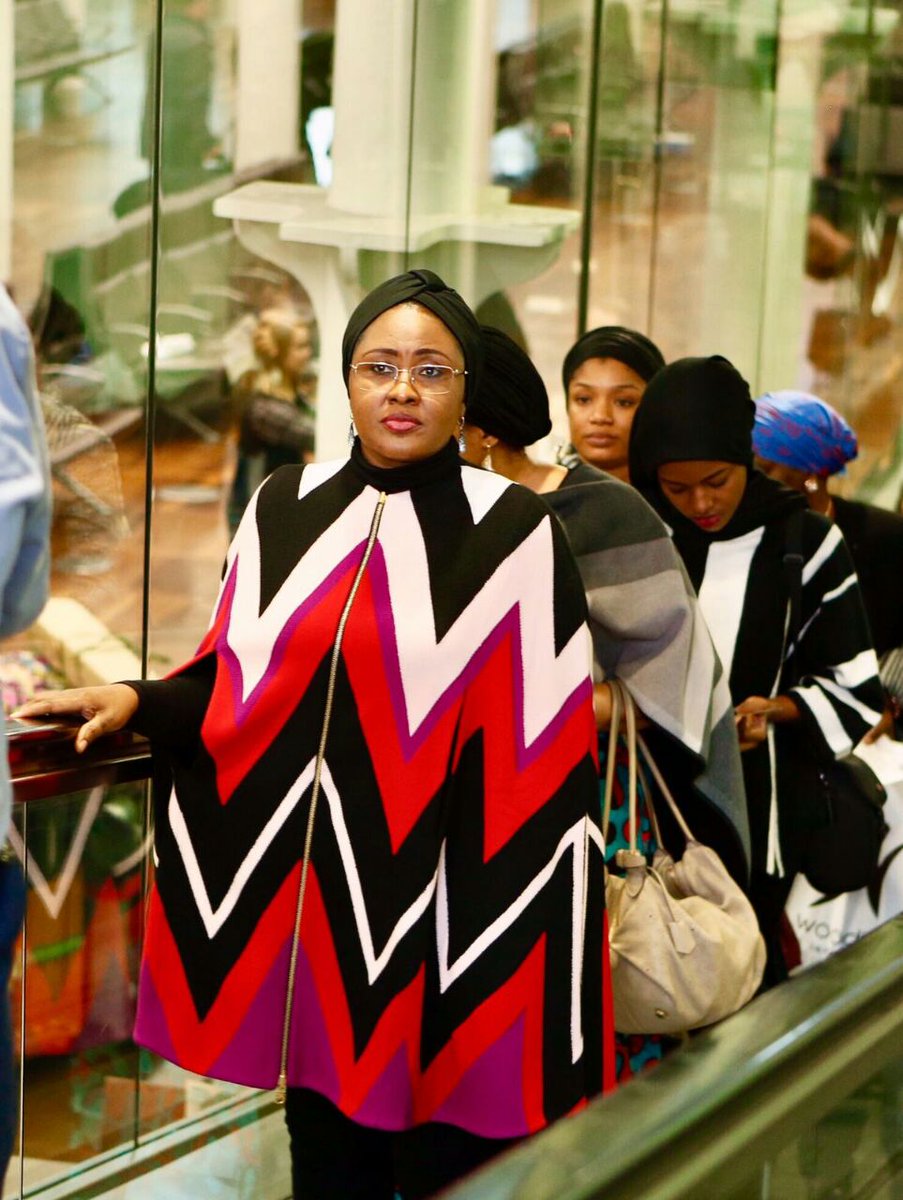 Mrs. Aisha Buhari, wife of President Muhammadu Buhari on Friday said there was no truth in a media report accusing her of colluding with some government officials to fleece the Nigerian High Commission in London every time she travels to the United Kingdom.

An online news portal, Sahara Reporters, had on Thursday reported that the High Commission spends a minimum of £7,000 for hospitality on each of Mrs. Buhari’s trips to the UK, with the President’s wife visiting at least seven times in 2016.

But in a statement by her Special Assistant on Media, Adebisi Olumide-Ajayi, the President’s wife said she had never traveled to London with a large entourage as published in the report.

She said individuals on her delegation had never exceeded her three children, her Aide-De-Camp and her personal physician.

The President’s wife said the Nigerian High Commission had never catered for her needs during the trips based on her husband’s position that public offices must be separated from the private lives of the occupants.

The statement read, “The Nigerian Commission in London has never offered any favour, either monetarily or materially, to her (the President’s wife) or her so-called entourage on any of her trips to London.

“The State House in Abuja caters for her meal when necessary, and other healthy food or variety needed by her children are her personal responsibility.

“It is on record that the Nigerian Commission in London does not receive Aisha Buhari at the airport with any official distinction or privileges as was accorded other first ladies before her.

“Her drivers are privately arranged without any recourse to the embassy staff.

“She has never complained or raised dust about any of these acts by the High Commission because of the understanding, as clearly spelled out and practised by her husband, that public office must be separated from the private lives of the occupants.

“She has always been an advocate of good governance where officials of government are responsive and appealing to their constituents. It therefore baffles the imagination that one could believe she would collaborate with any government official, however highly placed, either at home or abroad, to shortchange the Nigerian people.”

The President’s wife said the report which suggested corruption and abuse of privileges clearly negates the fundamental principle upon which the present administration thrives.

She challenged the authors of the report or any member of staff of the High Commission to provide concrete evidence to contradict her position as it concerns her trips to London.

She said they should come up with the true position of things as it concerns her London trips, if not for her reputation and that of her family, then for the sake of good Nigerians who deserve to know the truth at all times.

Nigerian Troops Discover Another Chibok Girl Along With Her Baby