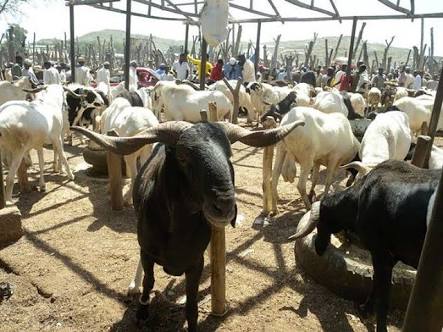 The Chief of Army Staff, Lieutenant General Tukur Buratai has said that the Nigerian Army would be raising up cattle ranches in such a manner that in almost all the divisions, and all the brigades, cattle will be reared.

Buratai who was represented by the Chief of Army Logistics, Major General Patrick Akem, stated this on Tuesday at the Commissioning of Mogadishu Cantonment New Mammy Market (former Abacha Barracks), Abuja.

The Army Chief disclosed that in keeping up with modern cattle rearing tradition, he sent officers of the Army to Argentina to look at how cattle were reared.

To take it to the next level, we want to adopt a system where the cattle are not just free ranging coming from Sokoto to Port Harcourt, thereby making their meat tough to eat, the products will soon be coming from our own farms and ranches,” Buratai said.

He noted that he has created the Barrack Investment Initiative as platform that affords Army family members the opportunity of raising up fishing ponds, vegetable gardens, fruits, livestock, chicken and their eggs.

According to him, the intention of the Nigerian Army was not just to secure the country, but to contribute in growing the economy of the nation.

Meanwhile, the Commander Army Headquarters Garrison, Major General John Malu said that the formidable shopping edifice had over 2000 shops, 27 warehouses and a printing press owned by the Nigerian Navy.

He added that the services of a reputable private security firm was contracted to handle the security of the market.