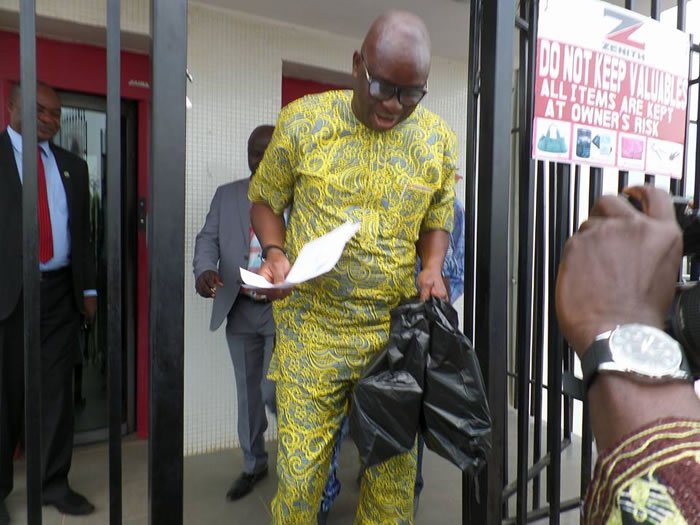 Following an order by the Federal High Court on Tuesday that his accounts should be immediately unfrozen by the Economic and Financial Crimes Commission (EFCC), Governor Ayodele Fayose yesterday stormed the Ado-Ekiti branch of a new generation bank to withdraw some cash.

He arrived at about 1:20 pm and made straight for the office of the bank’s branch manager, Mr. Mojeed Adekunle, presenting a withdrawal cheque.

He reminded the manager that he had called at the bank, following the court order served on it on Wednesday, December 14.
“I am ready to wait in your office till you close for the day as I want my money in cash, “ he said firmly.
Obviously complying with the order, Adekunle promptly produced a copy of the said order and said he would act on the directive.

At exactly 3:20 pm, the governor left the bank with N5 million, saying: “ I came to the bank after serving them with the court order and I made up my mind that I won’t leave the bank until my money is given to me. And the bank has done the needful by giving me part of the money confirming that they have obeyed the court order. I want to thank Nigerians and my supporters for believing in our cause that Nigerians should not be oppressed.

‘’The rascality of EFCC must stop. And I want to thank the EFCC for obeying the court order. They placed order on two accounts, one has N82 million, the other has N300 million. I have collected N5 million now.” 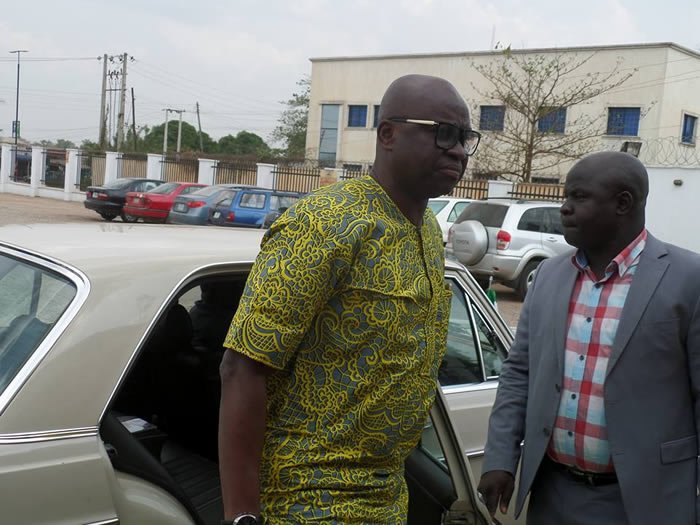 INEC Chairman, Mahmood Yakubu Says Buhari Is Not Forcing Him To Carry Out His Political Wishes