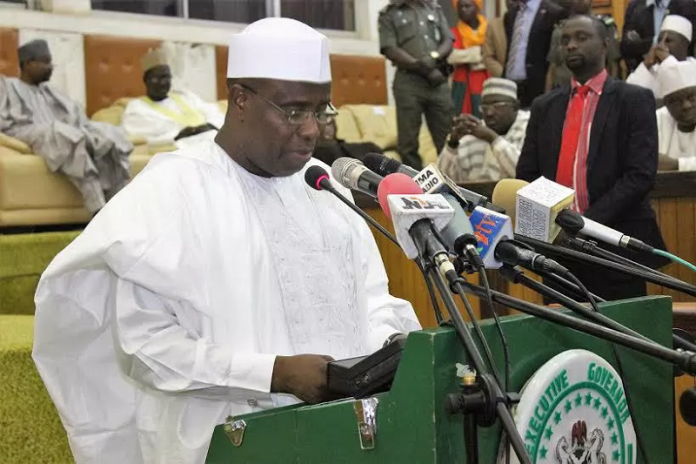 The Supreme Court has ordered Governor Amunu Waziri Tambuwal of Sokoto State to defend his nomination for the 2015 governorship election by the All Progressive Congress (APC).

The Court held that the nomination of Tambuwal by the APC can be challenged by another governorship aspirant, Umaru Dahiru, on the ground that he has sufficient justifiable cause.

Dahiru, a former senator had challenged the nomination of Tambuwal as candidate of the APC in the April 2015 governorship election having contested the December 2014 primary of the party but lost to Tambuwal, who eventually went on to win the gubernatorial poll conducted and was subsequently sworn in as governor.

In a unanimous decision of a five-man panel of the Supreme Court Justices, the Apex Court held that to refuse to grant leave to Dahiru to challenge Tambuwal’s nomination is to allow democracy to be murdered by the governor.

In the judgement read by Justice Chima Nweza, the court set aside the decision of the court of appeal saying it erred in law by holding that events had overtaken the case simply because the governorship election had been conducted after the primary election.

The Apex Court therefore ordered that the Federal High Court in Abuja should retry the case on its merit and make decision as demanded by law.