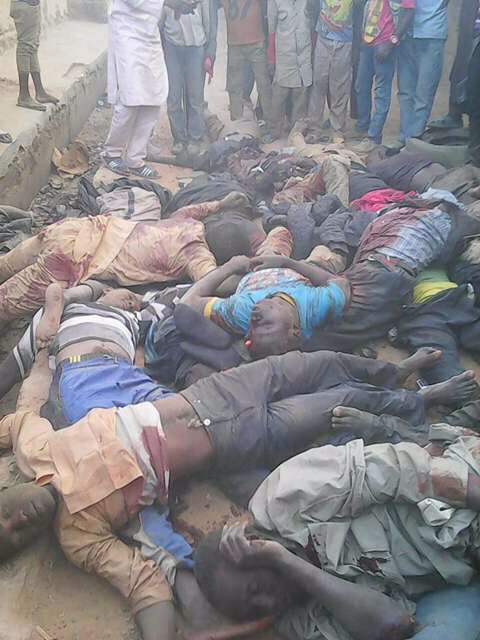 The Muslim Rights Concern, MURIC, has condemned the Kaduna State Government for declaring the Shiite IMN an “insurgent group”.

The civic group described the action of the Kaduna State Government as “a very dangerous dimension.”

The government said it would prosecute the detained leader of the IMN, Ibrahim El-Zakzaky, for all the “other crimes” his group has committed in the past 30 years.

Mr. El-Zakzaky and his wife have been detained without trial since December last year after soldiers killed over 300 members of his group.
The soldiers accused the IMN members of blocking the road and plotting to kill the Army Chief, Tukur Buratai, a claim the Shiites denied.

The killing was condemned by local and international rights group.

In its statement on Tuesday signed by its director, Ishaq Akintola, apart from condemning the Kaduna government, MURIC also cautioned the IMN on its past actions calling on members of the group “to do some self-assessment.”

The Muslim Rights Concern (MURIC) rejects this new label for an otherwise pacific organization. The new declaration is nothing short of calling a dog a bad name in other to hang it. Kaduna State government is being economical with the truth, killing a fly with a sledge hammer and engaging in executive tyranny.

This is a very dangerous dimension. Coming shortly after a competent court of law ordered the release of the IMN leader, Shaykh Ibrahim El-Zakzaky from detention, this stigmatization is just another attempt by the state government to jump the gun. The declaration is short in equity, long in injustice. But we must remember Martin Luther’s warning that injustice anywhere is a threat to justice everywhere.

Kaduna government is pregnant with ingredients of all the five evils which Chamberlain spoke about, viz, brute force, bad faith, injustice, oppression and persecution. Why is it that the only thing men learn from history is that they learn nothing from history? Kaduna has not learnt anything from the Boko Haram phenomenon. Kaduna has chosen to prove both Hegel and Karl Marx right in their postulate that history always repeats itself.

MURIC is however constrained to remind all stakeholders of the divine warning contained in Qur’an 8:25 “Fear a tumult which will affect those who caused it as well as the innocent ones”. Was this not how Boko Haram started? Police brutality and extra-judicial killing of the group’s leader caused its metamorphosis into a terror machine. But is it the police alone that are facing the consequences today?

MURIC calls on well-meaning Nigerians to speak out. It was the great Shaykh Uthman Bin Fudi (Uthman Dan Fodio) who said, “In an unjust society, silence is a crime…” Let us speak up now before it is too late.

But members of the IMN also need to do some self-assessment. Something must be wrong with a system against which so many neighbours testify. Several people (including Muslims) confirm that they had had bitter encounters with members of the IMN. They complain about the group’s open display of arrogance. All those people could not have been lying. Something must be wrong with a doctrine which embarrasses the rest of The Muslim Ummah and from which they dissociate themselves.

We commend the leadership of the Nigerian Supreme Council for Islamic Affairs (NSCIA) for its efforts in resolving the IMN debacle and the maturity it has manifested in handling the matter. Due to the sensitive nature of the issue, NSCIA has engaged in quiet diplomatic shuttling between governments and the IMN from the beginning. We urge the NSCIA to continue the dialogue.

In conclusion, we appeal to the Kaduna State government to de-label IMN and begin a process of reconciliation and reorientation for its members. That is the path of visionary leadership and responsible governance. It is the path of peace. On its own part, IMN must improve its relationship with other Islamic organizations.