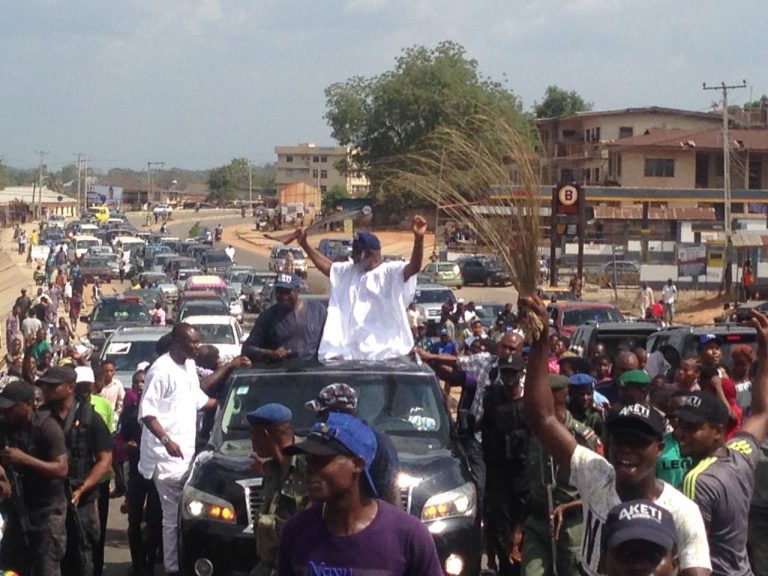 Returning officer, Professor Ganiu Amali made the announcement at about 12:50PM on Sunday.

Mr Olusola Oke of the Alliance for Democracy (AD) follows with 126, 889 votes.

Results from all 18 local governments were announced, including that of Ilaje Local Government Area which had delayed a bit.

Jubilation erupted in Akure, the Ondo state capital, with the announcement of Mr Akeredolu as the governor-elect of the state.

With this victory, he is expected to take over from the incumbent Governor, Dr. Olusegun Mimiko of the PDP.