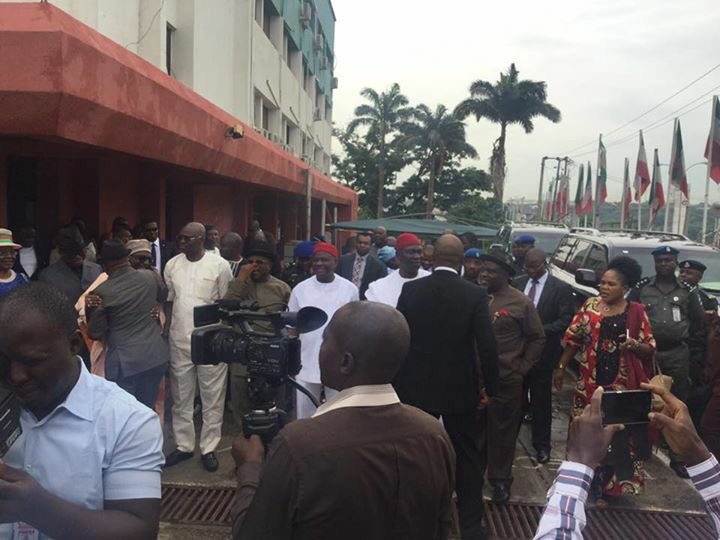 The Sen. Ahmed Makarfi-led faction of the PDP has commended the Court of Appeal for its judgment recognising its candidate Eyitayo Jegede as the party’s candidate in the Nov. 26 Ondo governorship election.

Mr Dayo Adeyeye, the National Publicity Secretary of the faction, said the judgment was proof that what transpired at the lower court was miscarriage of justice.

Adeyeye made the remark in a statement issued to newsmen on Tuesday in Abuja.

The Court of Appeal panel led by Justice Ibrahim Salauwa on Tuesday set aside the ruling of Justice Okon Abang of the Federal High Court recognising Jimoh Ibrahim as PDP candidate in the Ondo state guber poll.

Adeyeye said the party appreciated the Nigerian judiciary for “standing behind truth as it affects the attempt by enemies within working in consonance with some jittery and desperate opposition members.’’

He said that the aim of the enemies was to thwart PDP’s participation in the Ondo State governorship election.

Adeyeye said that the judgments delivered by the Supreme Court and that of the Court of Appeal had rekindled the hope of the common man in the judiciary.

He said: “this shows that justice might be delayed, but will surely come provided the oppressed refuse to give up on his rights.

“The judgment delivered by the Justice Salauwa-led Appeal Court Panel which returned the validly elected candidate of our party, to his rightful place was expected.

“It was expected because we were sure that the travesty of justice carried out at the lower court will in any sane society, not stand the test of time.’’

Adeyeye added that it was gratifying to note that all the seven issues before the Appeal panel as relates to the illegal substitution of the factions’ candidate, were decided in favour of Eyitayo Jegede.
“This goes to prove that what transpired at the lower court was a miscarriage of justice. ‘’
Adeyeye expressed hope that the Independent National Electoral Commission (INEC) would toe the line of the Court of Appeal by postponing the Saturday election by a minimum of two weeks.