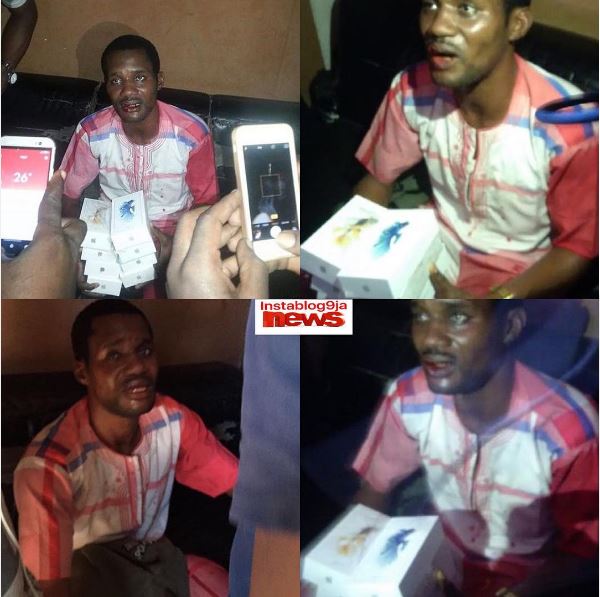 Seun was beaten before he was handed over to the police to be arrested.

According to reports from Instablog9ja accounts, “an eyewitness said Seun Egbede went to a certain Keelcech Innovations Store in computer village, took two iPhone 7 and some iPhone 6+ and told the sales girl he was coming, and then crossed to enter a taxicab. It was after he left that it dawned on one of the sales rep that someone packed phones, so they rushed and caught up with Egbegbe. He had, however, allegedly already given one of his staff, the iPhone 7 and that staff escaped, but Seun was caught.”

An official statement is yet to be issued.