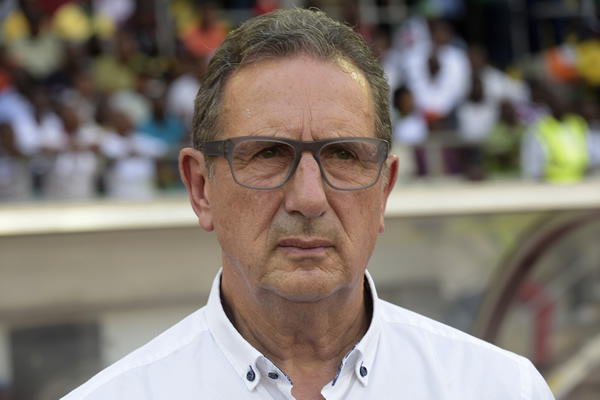 Algeria coach Georges Leekens claims the Desert Foxes were robbed by Gambian referee Bakary Gassama against the Super Eagles in their Russia 2018 World Cup Group B qualifier in Uyo on Saturday.

Chelsea right wing-back Victor Moses struck a brace as Nigeria beat Algeria 3-1 to pick up their second win in the World Cup qualifiers and open up a four-point lead at the top of the table – after Cameroon were held to a 1-1 draw at home by Zambia in the group’s other fixture.

The North Africans, who have just a point after two games, are left with a mountain to climb to keep alive their chances of qualifying for the World Cup for the fifth time, having played in the tournament in 1982, 1986, 2010 and 2014.

“Nigeria’s second goal is not valid. There was indeed an offside position,” the 67-year-old former Belgium manager was quoted as saying by the influential Algerian newspaper Le Buteur on Sunday.

“The goal somewhat disorganised my players, especially before the break. If the score had remained 1-0, we would have returned in the second half.”

Lekeens says he is disappointed his team did not take their chances in the clash, lamenting a lack of killer instinct among his forwards.

He said, “When you play at this level, you do not allow yourself to miss many good opportunities in front of goal. We missed no fewer than four chances. In a match like this and against an opponent like Nigeria, it was necessary to have a better efficiency. “

The former Lokeren manager refused to blame his team’s defeat on injuries to key players ahead of the fixture.

Leekens added, “Let us also not forget that we played a quality Nigerian team. We found it difficult against them. This is what explains the result.”

“World Cup Stinks of Corruption” – Nigeria’s Minister, Dalung Explains Why The Nation Should Back Out