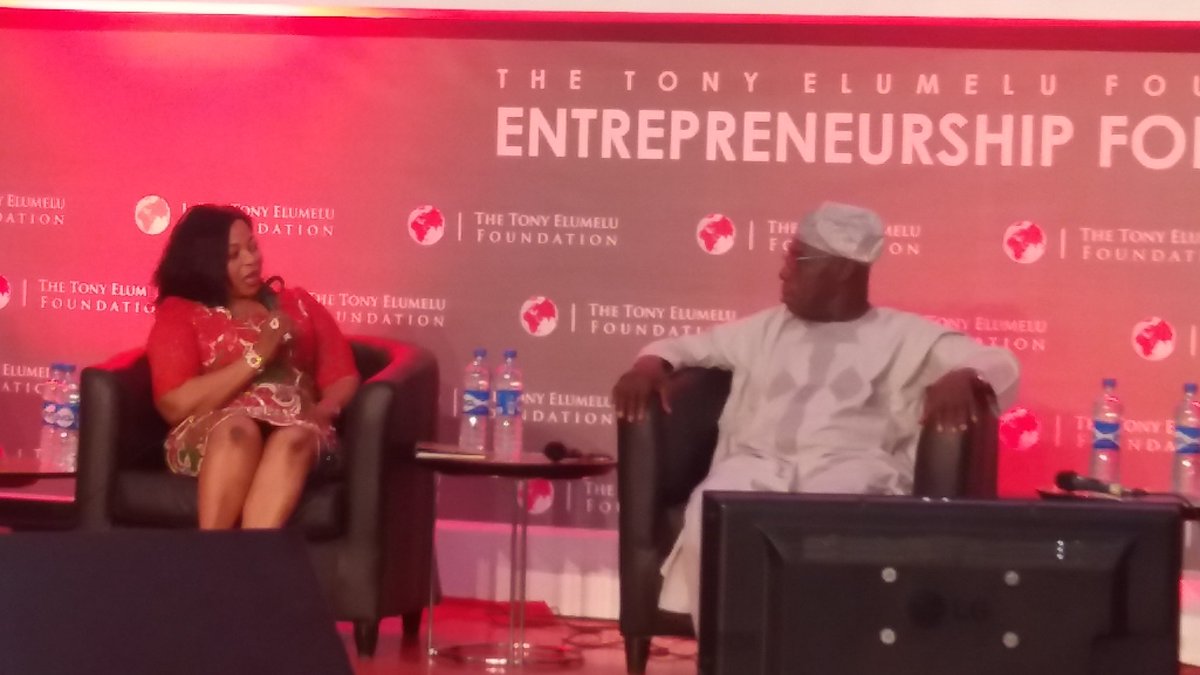 Olusegun Obasanjo, former president, says Folorunsho Alakija, one of Africa’s richest women, was among the 25 billionaires created during his democratic tenure at the helm of Nigeria’s affairs.

Speaking on Saturday at the 2016 Tony Elumelu Foundation Entrepreneurship Forum in Lagos, Obasanjo said his objective was to create 50 billionaires, but unfortunately, he “failed”.

The ex-president’s comments were in reaction to Alakija’s claim that his administration “forcefully” took a stake in her oil business without regard for due process.

“This oil block is in 5000 feet depth of water and was extremely difficult to explore. It took 15 years from the time that we were awarded the licence in 1993 till 2008 when we struck the first oil.

“When this event happened, 60 per cent out of our 60 per cent equity in the business, was forcefully taken from us by the government of the day without due process,” she had said.

Obasanjo responded by saying that his government’s action was in line with the Mining Act and also noted that he had no cause to deny Alakija of her rightful possession.

“There is a saying in my part of the world that when a proverb touches you and you failed to reply, then you are a coward,” said Obasanjo.

“For you to come here and say that, for no cause whatsoever, you were denied what was rightfully yours, is not fair.

“I do not know you from Adam and there is no reason I would have denied you what rightfully belonged to you. So, you have struggled, and you have struck oil. God bless your heart.

For The First Time Since Assumption of Office, Obasanjo Attempts To Drag Buhari’s Govt

Anuoluwapo Adebayo: Our Beautician, @anu_chayil Writes About Why Investing In Your Grooming Is Not Superficial