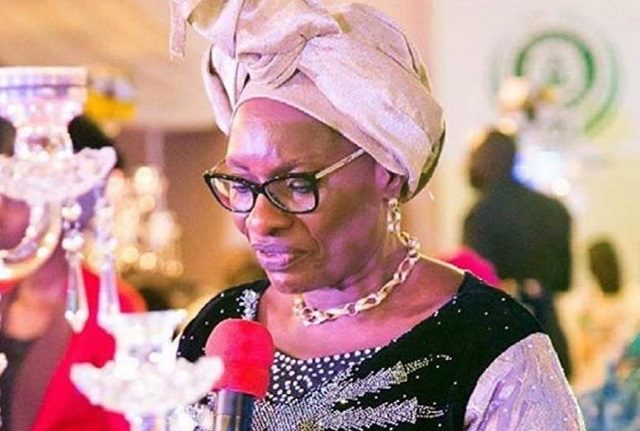 Pauline Tallen, former deputy governor of Plateau state, on Monday explained her reasons for turning down her ambassadorial nomination.

Talilen said “proper consultation was not done” before her nomination was announced.

She also said she rejected the offer in order to be fair to other parts of the state in terms of federal appointments.

Tallen, a former minister of science and technology and Labour Party governorship candidate in Plateau in 2011, said this in Abuja.

“I hail from the same local government and tribe with Gov Simon Lalong. I turned down the nomination because of balancing of appointments; I don’t think it is right for me to accept the appointment,” she said.

“Secondly, proper consultation was not done. My governor was not consulted because I called him when he was in United States of America to ask but he said that he was not aware.

“For me, I was consulted and I turned down the appointment even before the announcement was made. My husband’s ill-health is another reason why I will not accept the appointment.”

Tallen said that President Muhammadu Buhari gave her another option and also assured her that Plateau would not miss its two slots.

The former deputy governor, who appreciated Buhari for the honour, said that her name was not included in the list of nominees and was surprised when the announcement was made.

She further said that her decline would not affect Plateau’s chances for the two slots, as another name had already been submitted in her stead.

Meanwhile, Lalong has described Tallen’s decline as an exhibition of political maturity.

“Plateau is always on the front-burner when it comes to politics, that shows her maturity not just in Plateau but as a national figure,” he said while interacting with newsmen in Abuja.

“When I heard the announcement I was very shock because what happened was without proper consultation.”

The governor said that his administration was working toward addressing the issue of balancing appointments, and pointed out that he had already discuss the issue with Mr President in their last meeting.

Lalong said that the opposition was already saying that the appointments were lopsided, but stressed his administration was a government of change and they would only do what would favour all sections of the state.

He appreciated Tallen for her decision, and assured the people that their quota would be filled.