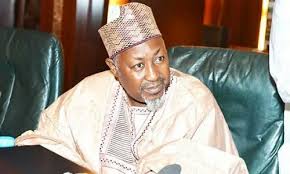 Governor Muhammad Badaru Abubakar approved the suspension of all public processions of whatever nature in all parts of the State.

This was contained in a statement by the Secretary to the State Government, Adamu Abdulkadir Fanini.

It added that the measure became neccessary in view of the security situation in the North central geo- political zone of the country.

The decision to suspends all forms of procession was arrived at after due consultation with the security agencies in the State.

The statement called on all law abiding citizens in the state to go about their normal business.

In A Bill Sponsored By Dino Melaye, Senate Moves To Legalize Lobbying