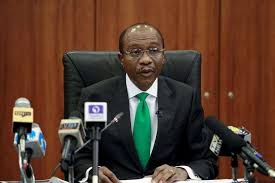 Unity Bank Plc and Skye Bank Plc are close to being insolvent while lenders FBN Holdings Plc and Sterling Bank Plc “will need a dilutive capital hike,” Jaap Meijer and Tarek Sleiman, analysts at the Dubai-based investment bank and brokerage, said in an e-mailed note on Monday.

Banks’ capital ratios are set to worsen because of currency depreciation and souring loans, they said. Calls to Unity and Skye Bank weren’t immediately returned.

The central bank in July replaced the management of Skye after the lender breached liquidity thresholds, spurring concerns about the health of small- and medium-sized lenders, and reviving memories of bank rescues by the government after the financial crisis in 2009.

Nigerian banks are grappling with a devaluation of the currency, rising bad loans and an oil-dependent economy that’s set to record its first annual contraction in more than two decades.

“Our acid test reveals seven under capitalized banks” with a deficit of as much as 1 trillion naira ($3.2 billion) in the financial system, Meijer and Sleiman said. A stress test identified FBN as the most under capitalized lender with Unity, Diamond Bank Plc, Skye, FCMB Group Plc, Sterling and Fidelity Bank Plc also showing deficits if they were to fully provide for non-performing loans, according to Arqaam.

Moody’s Investors Service said on Monday that Nigeria’s five biggest banks share common credit challenges related to the slowdown in the country’s oil and gas-dependent economy. Moody’s expects non-performing loans to increase to about 12 percent over the next 12 months.