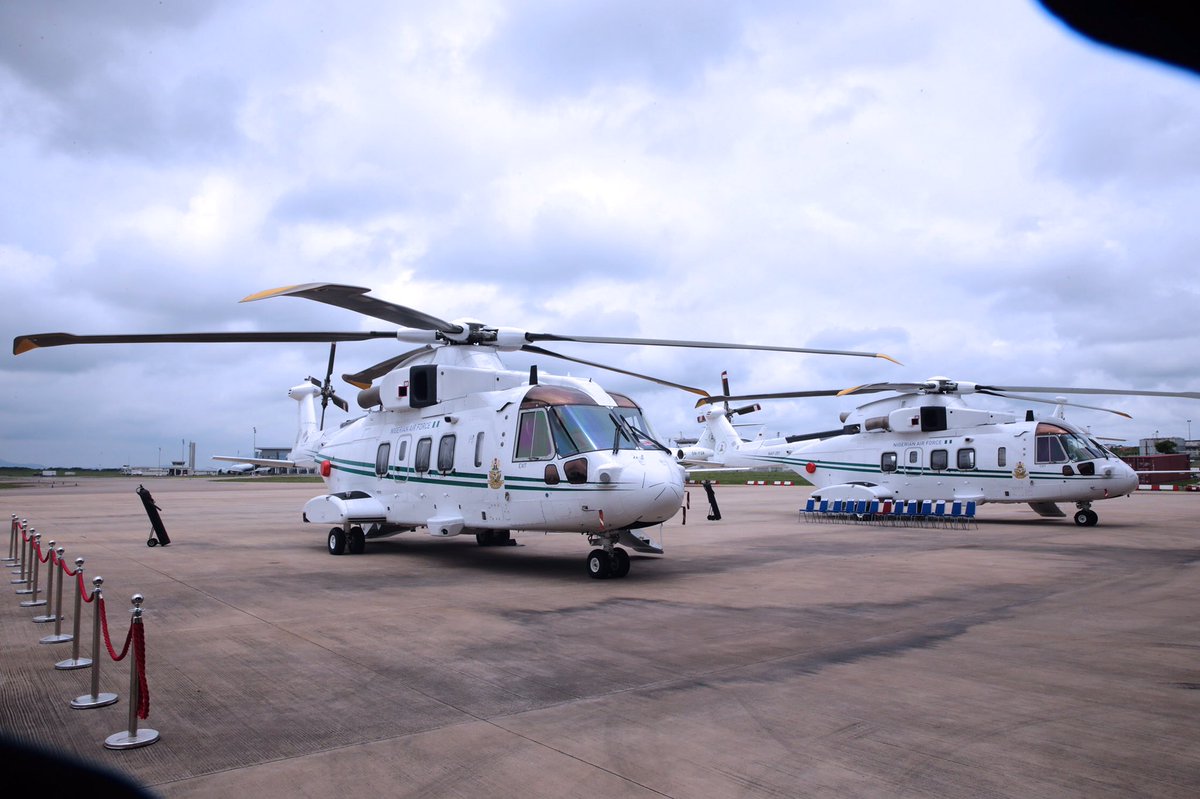 The National Security Adviser, Maj. Gen. Babagana Monguno (retd), has handed over two aircraft in the Presidential fleet to the Nigerian Air Force.

He said that the release of the aircraft to the NAF was in fulfillment of the promise of President Muhammadu Buhari to reduce the amount of money being spent on the maintenance of the Presidential Air Fleet.

He said that the President had earlier released a AW109 helicopter and a King Air Beechcraft in 2015 with the intent to enhance the operational capacity of the NAF in the ongoing campaign against the insurgency in the North East.

He stated further that the committee set up by the Presidency on the approved sale of two other aircraft, a Falcon 7X and Hawker 4000 aircraft, would soon compete its assignment.

He said that the aircraft which were handed over to the NAF ‘have ballistic defence capabilities and are equipped with defensive aid suites against certain forms of missile attacks.”

Monguno said that it was the desire of the President to ensure that that the capacity of the NAF was strengthened in the ongoing operations against insurgency in parts of the country.

He said that the decision to give the aircraft to the NAF was also in line with policy of the President to reduce the cost of governance in the country.

Speaking also, the Chief of Air Staff, Abubakar, said that the release of the two aircraft from the Presidential fleet to the NAF would encourage the service to focus on the fight against insurgency and militancy in the country.

He said that the decision of the government to provide new platforms and funds for the NAF was responsible for the successes recorded against the Boko Haram in the North East.

Abubakar added that the NAF would reconfigure the two aircraft for deployment for “tactical airlift of troops and logistics in support of combat operations.”

He said that while one of the aircraft would be configured as an air ambulance with a trauma unit, the other would be used as a carrier for troops.

The air chief noted that the helicopters were among the best equipped and most comfortable in the world.

In his remarks, the Minister of Defence, Dan-Ali, said that the aircraft would be deployed to further degrade and decimate the operational capacity of the insurgents and airlift troops in the operational area.

He said that with the addition of the aircraft, the service would be able to do more in ensuring that the war against terrorism, insurgency and criminality was decisively won in the country.

Nationwide Blackout As Power Plants Are Shut Down