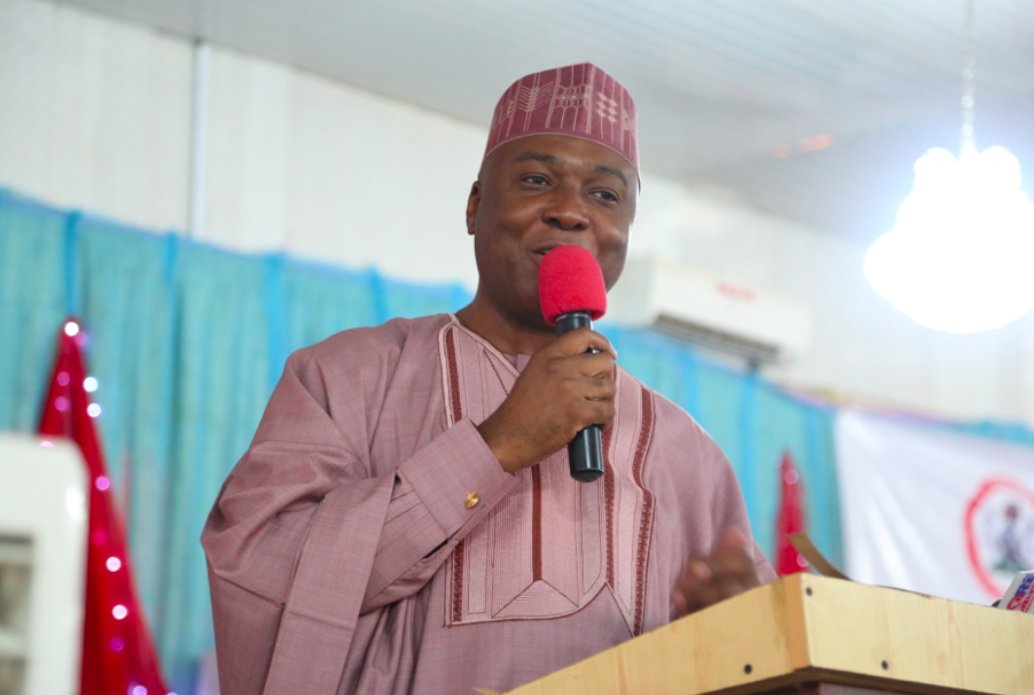 The Senate President, Dr Abubakar Bukola Saraki, said in Ilorin, yesterday, that the Federal Government, led by All Progressives Congress, APC, has no excuse not to fix the nation’s ailing economy.

Saraki, who spoke at a town hall meeting with his constituents in Ilorin, said no responsible leader would abandon his followers in time of distress to wallow in suffering as being experienced currently by Nigerians.

He noted that his business in government was to improve the lives of the people, stressing: “If it is for myself and family, I don’t have to be in government.”

He also warned that members of the National Economic Team must buckle up and be ready to proffer solutions to the challenges confronting the economy, saying any of them not willing to offer personal sacrifice would have scores to settle with the Senate.

But only days ago when the Senate President was with Buhari in Aso Rock Villa, he said something completely different from what he tells his people in Kwara..

Read what he had said only days ago, Bukola Saraki, says there is no Nigerian that will not know that things are difficult now, but “with prayers, we will overcome” the recession.

Fielding questions from state house correspondents after joining President Muhammadu Buhari and other Muslim faithful at the Jum’ah prayer at the state house on Friday, Saraki also urged Nigerians, especially the Muslims, to use Eid-el-Kabir period to pray for restoration of economic prosperity and financial stability in the country.

He said that with genuine prayer to Almighty God, Nigeria would grow out of its current socioeconomic challenges.

“With prayers, Insha Allah, we will overcome [recession] it,” he said.

“The most important thing is for us to stay together and give the president support and continue to believe in this great country that we all have and be rest assured that we will all weather the storm and scale through together.