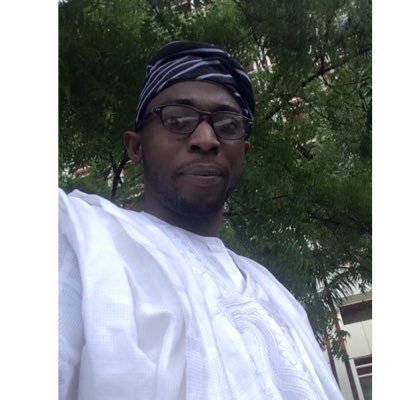 We do not know the exact starting date of this historic festival, nor are we in the know of its end date. I mean this festival of inflation and hunger, unemployment and job cuts, liquidation and crime, mental health crisis and despair. There’s something savagely beautiful about celebrating our misery, about refusing to see it as a danger, preferring to call it a mere “word”, for example, since it does not threaten the existence of those in the political house – elected politicians and their allies in and out of the corridor of power.

Some think the decision to celebrate our misery was taken on our behalf by our foreign-sounding Minister of Finance, Ms. Kemi Adeosun. It’s a fact that she called the decline in our Gross Domestic Product by -2.06 %, a recession, a mere word. And it’s also a fact that she has not told us why a decline in one sector – which contributed only 15% of the GDP, according to her professional colleagues – has resulted in a recession. This is somewhat strange for an administration that claims to have been diversifying, contradicting reports that our non-oil exports have dropped by 43%.

Adeosun’s denial of our threatening reality is a familiar trend amongst our governing elite. Reacting to the ranking of Nigeria as one of the five poorest countries in the world by the World Bank, then President Goodluck Jonathan said, “Nigeria is not a poor country. Nigerians are the most travelled people. There is no country you go that you will not see Nigerians.” And then, “I visited Kenya recently on a state visit and there was a programme for Nigerian and Kenyan business men to interact and the number of private jets that landed in Nairobi that day was a subject of discussion in Kenyan media for over a week.”

This disheartening yardstick of measuring poverty was actually that of a President of a nation “with almost 100 million people living on less than a $1 (£0.63) a day” – according a 2012 data. So, it didn’t come as a surprise reading the similarly elitist delusion of Mr. Bayo Onanuga, a journalist whose class suicide as a firebrand critic of elitism and military brutality to a former senatorial candidate and now head of the government-controlled News Agency of Nigeria is as intriguing as it comes. He pandered to Jonathan’s thinking, that the luxurious lifestyles of beneficiaries of the nation’s most corrupt class represents the realities of a blacksmith in Potiskum, a roadside yam seller in Ogbomosho and a vulcaniser in Onitsha.

To Mr. Onanuga, a text message from his London-bound daughter – “Daddy, my flight is filled up o” – was a confirmation of his belief that reports of economic hardship in Nigeria were untrue and the true situation exaggerated. His reaction to the threatened existence of citizens who may go to bed tonight without any means is Denial. It is a style of engagement widely adopted by other government appointees, all understandably immune to hunger.

On various social media platforms, other outspoken political appointees have been publishing statistics that not only repel our realities but attempt to create an imaginary paradise for Nigerians. In line with the festive nature of the times, of course. Even the President’s media managers seem to believe their bogus statistics and grandstanding on Twitter will redeem the growing inflation and hunger nationwide. But the truth is that it is even their confrontational and combative style of communicating these alternate realities that will multiply the army of displeased citizens. It’s unfortunate that our friends who used to be critical of the government suddenly are now quick to say to say, “You guys are too critical” on finally jumping ship.

Like our politicians, the trappings of political power have confused the conscience of our former civic allies. They have become even worse than the Establishment they once antagonised. Instead of delivering on their roles of advising their principals, they are becoming intolerably obnoxious, giving the managers of our economy illusions of good performance and misleading public perception.

The governing elite have succeeded in recruiting the Bayo Onanugas into contradictions of their old values, so that they now see the civic vigilance they were once known for as a social nuisance. It has got to the point that when a critic points to a snake the politicians were given power to hire able hands to kill, he’s asked to tell the government how to kill it. And this, unfortunately, is the mentality of the praise-singing brigade stationed to defend our politicians. The critic highlights shortcomings to get the government’s think-tank ticking. You can’t be in possession of a fire extinguisher and ask the man who alerts you to fire to quench it for you!

If a leader expects more from critics after being shown a flaw in his idea, he’s either incompetent or his lieutenants are due for the sack. The similarity between a critic and a politician is that both have ideas. The difference is what matters. Only one has access to popular political legitimacy, administrative machinery and the public purse. But since we are in reality being asked to celebrate this severe economic downturn, let me kindly wish Nigerians toasting to national misery a happy recession. May God save us from us!