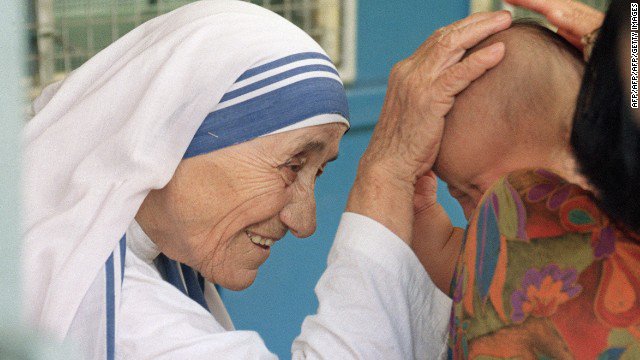 Mother Teresa, a Catholic nun who devoted her life to helping India’s poor, has been declared a saint in a canonization Mass held by Pope Francis in the Vatican.

Pope Francis delivered the formula for the canonization of the Albanian-born nun — known as the “saint of the gutters” — before huge crowds of pilgrims gathered in St. Peter’s Square in Vatican City on Sunday morning.
Applause broke out before he completed the formula of canonization, in which he declared “Blessed Teresa of Kolkata to be a saint.”

Speaking in Latin, Francis said that “after due deliberation and frequent prayer for divine assistance, and having sought the counsel of many of our brother bishops, we declare and define Blessed Teresa of Kolkata to be a saint, and we enroll her among the saints, decreeing that she is to be venerated as such by the whole church.”
Catholics — including hundreds of blue- and white-robed nuns from Missionaries of Charity sisterhood founded by Mother Teresa — had gathered from around the world to attend the canonization of the church’s newest saint, just 19 years after her death.
A huge portrait of Mother Teresa, whom the church credits with having performed two miraculous cures of the sick, hung from St. Peter’s Basilica during the colorful ceremony.