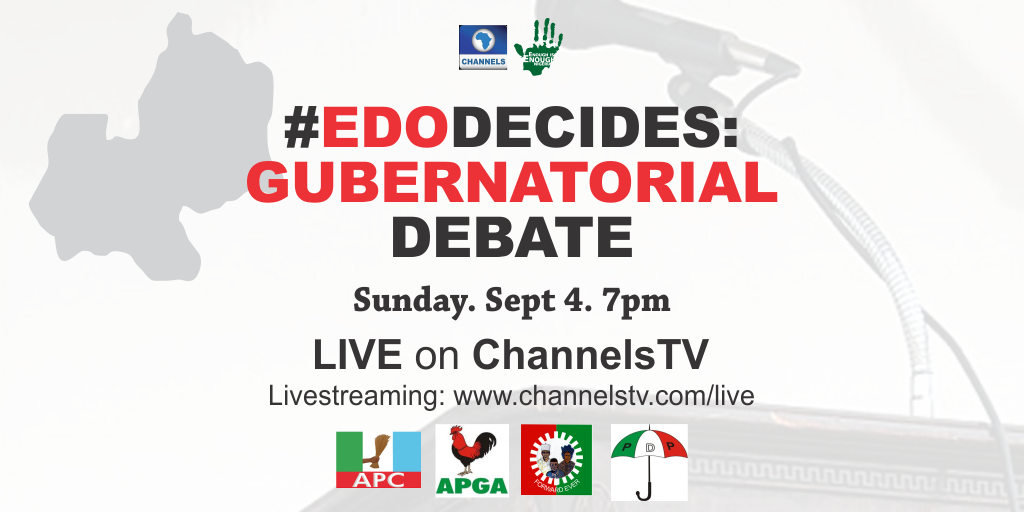 ‘Deliberation and Debate is the way you stir the soul of democracy’ – Jesse Jackson.

Some of these debates were done in partnership with Channels Television. On Sunday, September 4th, EiE will once again partner with Channels Television to host a gubernatorial debate in Edo State. Of the 19 candidates approved by the Independent National Electoral Commission (INEC), the following candidates have confirmed their participation: Godwin Obaseki (APC), Onaiwu Osaro (APGA), Amos Areloegbe (LP), Osagie Ize-Iyamu (PDP).

Topics to be debated are: Security, Unemployment, Economy.

“We are committed to building the culture of debates as part of Nigeria’s electoral process and we are really excited that Channels Television continues to show great support.” said ‘Yemi Adamolekun, EiE’s Executive Director.

The debate will be aired LIVE on Channels Television at 7pm and it can also be watched online via www.channelstv.com. Questions will be taken via Channels’ social media platforms – Twitter & Facebook.